What are Dailies in Film?

The term dailies simply describes the raw, unedited footage shot during a day's shoot on a film production. The term originated from when filmmaking was done only on film and the film stock from a day’s shoot would need to be sent to a lab and processed. It would be synced with the day’s audio and a new film print would be made so you could view the shoot from the previous day.

Now with digital filmmaking, there is no waiting. Footage can immediately be seen on small playback monitors on set.  Although for some creatives, like editor Lee Smith who won the Academy Award for Dunkirk, there is no substitute for viewing dailies on a large screen. 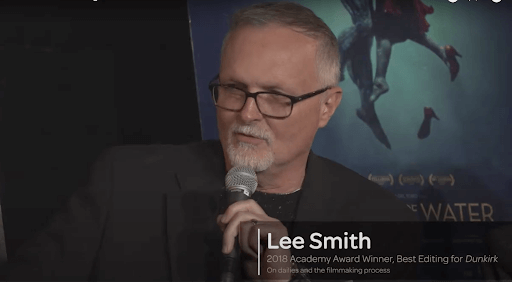 He had this to say in 2018 at an IAVA panel discussion:

“I’ve had a great career just sort of exclusively working on feature films and in my early years we always did dailies. They were always projected after the end of the shoot. Even the film I’m working on now we screen it once a week in a theatre so that we are just continually reminded of the size and scope of the screen.”

The Purpose of Dailies in Film

Dailies is a US term, in the UK it would be called rushes. Daily rushes referring to the speed at which the film is processed for viewing. And not to be outdone in terminology, the dailies in animated projects are referred to as sweat box sessions.

Although animated scenes are created by a team of animators rather than filmed live, they interestingly follow a very similar process to dailies and rushes.

When an animated scene has been approved by the animation lead, it is sent to the edit suite. The editor inserts the scene into an animatic or leica reel which is basically storyboarding for viewing in context with other scenes. In a program such as Adobe Premiere or Final Cut Pro, the storyboard panels would be dropped in a timeline and assigned duration for shots and scenes. In a time-based context, this would allow for critique of the narrative threads and a way to address the timing of poses, actions, and shots.

However, whether it’s called rushes or sweat box or dailies, it all deals with the same process of allowing the filmmakers the ability to see technical problems and creative issues and know if a scene needs to be reshot, redrawn or rethought.

For director, Robert Altman, it was also social. He would watch the dailies as a communal bonding experience.  According to an article by Richard Schickel in the Los Angeles Times “When he screened dailies on location, he insisted the cast and crew gather to view them in a party atmosphere, with the merriment rolling on into the night.” 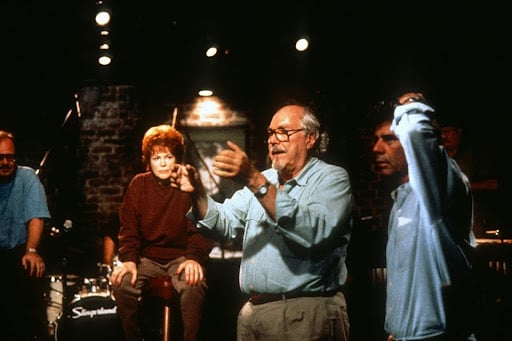 The Process of Preparing Dailies

If the purpose of watching the dailies is to see if anything needs to be rethought or reshot, how specifically does that happen and who are the players involved?

After a day's shoot, the editorial staff will get three elements, the dailies from the Telecine house, the sound files from the sound transfer house and the script supervisors notes from the production office.

Telecine is the process of transferring film into video so that it can be viewed with standard video equipment and will come with two reports:

The sound report is comparable to the camera report. It lists all recorded takes and indicates (by circling the take number) which takes the director preferred. The takes should be the same ones listed on the camera report. The sound dailies arrive in any number of formats—but the most common is a BWF file (Broadcast WAV Format).

The production office will provide several pieces of important paperwork from the script supervisor. One is often called the editor’s log. This provides every picture and sound take the director selected in the order the takes were shot, as well as short descriptions of each set up.

The other is the script supervisor notes. These pages consist of the script pages the supervisor has drawn lines on to denote just what lines are covered by which takes.

With these three elements in place, the editorial staff can sync the dallies and prepare for them to be viewed.

Most dailies today are transferred for individuals to view at home, however sometimes the crew does get together at the end of the day so that immediate feedback can be given.  It can be incredibly valuable to have the director, cinematographer and production designer in the same room to see how their work is translating.

Being in the room where it happens is not just powerful in politics. Watching the dailies with the crew gives every creative stakeholder a beat on what is working and what is not.  The camera crew is looking to see if everything is shot and printed correctly, the sound crew concentrates on audio issues, the script supervisor for continuity issues and hair, make-up and costume for consistency and detail.  The director, the producer and the editor are looking at the technical details, but more importantly the big picture of storytelling.

Back to the Dailies 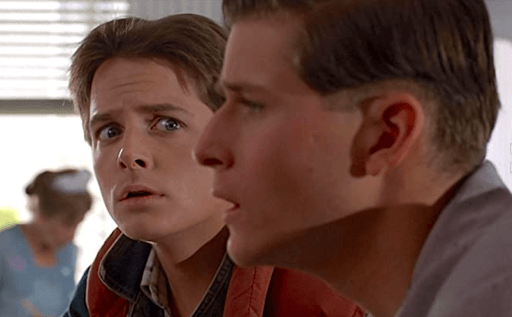 If Altman made dailies a party, director Robert Zemeckis used them to make sure Eric Stoltz wasn’t on the guest list for Back to the Future.  Originally, the director wanted Michael J. Fox for the lead, but was shot down by the motion picture studio who pressured him to cast Stoltz. However as filming commenced, the dailies confirmed to Robert Zemekis that Eric Stoltz wasn’t the right fit for the iconic role of Marty McFly. He used them as visual ammo to lobby to fire Stoltz and hire Fox. The studio agreed and a successful franchise was born.

Conversely, Paramount wasn’t happy with Francis Ford Coppola casting the relatively unknown Al Pacino at the time in The Godfather. The studio was so adamantly against Pacino that even during filming they tried to get him off the picture.

“They wanted to fire me when I was on the picture ... [during] the shooting, first couple of weeks,” Pacino told ABC News’ “Nightline.” “Because they kept seeing the rushes, you know, or the footage that was shot, and they kept looking at it and thinking, ‘What is he doing?’”

Coppola had faith in Pacino, but he knew the executives weren’t seeing his vision yet.  He changed the schedule and filmed a pivotal scene earlier knowing it would showcase what Pacino brought to the role. It was The Godfather restaurant scene and it kept him in the picture. 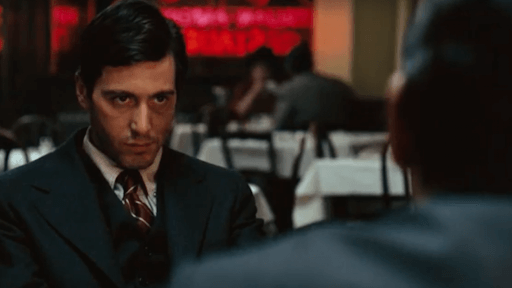 “Without the great Sterling Hayden and ... little Al Lettieri, I wouldn't be here today. They'd have let me go for -- even Frances couldn't stop them. And I guess the way it was directed and the way it came off, they said, "Okay, we'll keep him.'"

So what are dailies in film? In Al Pacino’s case, job security.

The raw, daily unedited footage is an incredibly valuable tool for directors, producers, editors, cinematographers and the production studio to understand if the day's shoot had any technical or creative issues. In the modern era with the advent of digital technology, the ability to view dailies is nearly instantaneous, saving the filmmaker time and money to make adjustments.