Film Production 101: What Does a Producer Do?

What is a Producer?

The role of the producer is difficult to fit into a box. So what does a producer do? Most people understand that the screenwriter creates the story, the director is in charge of the creative vision and the actors bring it to life on screen.  However, there are an army of other people on the creative team that are responsible for getting it from the script to the screen and that begins with the person in charge of it all, the producer.

To help us pull back the curtain and understand the roles and responsibilities of shepherding a film production, Assemble turned to veteran producer Matt Berenson, who most recently produced The Best of Enemies starring Sam Rockwell and Taraji P. Henson and The Boy horror franchise. 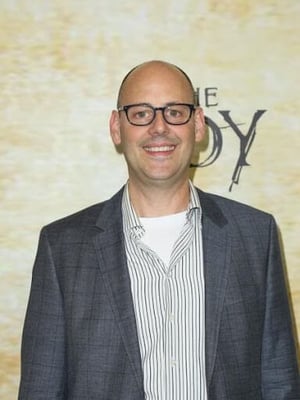 “A producer is at the top of the pyramid in the crew hierarchy. Along with the director, cast, and writer, they are above-the-line (ATL) in the budget, not below the line, which means in part that they are paid a fee rather than a weekly rate. It also means that they can fire and replace anyone, including the director, with cause if agreed upon by the financier.”

The role of the producer is not unlike the art patrons of old. Francesco del Giocondo played a significant role in the creation of the Mona Lisa, since he commissioned Leonardo da Vinci for the work.  Da Vinci always sought employment with patrons who would allow him the freedom to pursue his extraordinary range of interests and that is the modern relationship today between many producers and creatives.

For Berenson, it is not simply a financial reward. Most producers have an emotional investment.

“I love working with talented writers, directors, actors and composers. I love creative people. And I love storytelling. I love the collective endeavor of filmmaking, the camaraderie, and fighting for stories, cast and songs that I'm passionate about. I hate waiting. And producing requires a lot of patience. It's hard to get anyone to read anything, because everyone is so busy. You have to fight for the projects you believe in just to get them read. And it can take years to get a movie made. But there's no better feeling than finally getting something made that you've been working on for a while and having it turn out the way you had hoped. And no worse feeling then when a project never gets made for one reason or another or worse yet, turns out badly.”

What Does a Producer Do?

By now you understand that the wind beneath the wings of your favorite film is the producer. But how do they make that happen and exactly what does a producer do?  It all starts with developing an idea or purchasing a screenplay.  If an Executive Producer has their own funding, then it’s about putting together the creative team.  If they don’t, it’s networking and pitching and procuring funding, either independently or through a production studio.

After the producer has purchased or developed a project and secured financing, the march toward distribution begins and producers typically work in three phases to bring the film to life:

How many producers does it take to change a lightbulb?

Producer’s answer:  “Do we need the lightbulb?”

“In pre-production, a producer helps figure out how to allocate the budget for production in the smartest way to help the filmmaker get what they need to make the best film possible for the money. They also work with the director and line producer to hire all department heads (Camera, Art Department, Costume, etc.) and are involved with all casting decisions, hair and makeup tests, camera tests, and more. Many producers understand this is the most important part of the process, because the quality of the cast and crew (along with the quality of the script and the vision of the director) pre-determine whether a film has a chance of being the greatest version of itself or not.”

If a film set is a family, Berenson has both been the “fun” dad and the “stern” dad during production.

“A producer works with the director to help them ‘make their days’ (shoot the scenes that are scheduled for that day) while balancing that necessity against the creative ambitions of the film. It can be stressful when you realize you're not going to make your day and that you have to figure out how to simplify your production plan for that day in order to make it. The best producers work constructively with the director to figure out if there's a way to simplify the plan that also makes the scene(s) better. In the best case, you can have what I like to think of as addition by subtraction (or less is more). For instance, sometimes a scene is better (funnier, scarier, whatever) when shot as a "one-er" (which means just the master shot with no coverage or additional camera angles)

“A producer also helps to address any problems that come up during the production with the cast, crew or the director. This can range from talking an actor out of their trailer (if they're refusing to come out) to firing someone with an alcohol or drug problem, or other behavior problems that should not be tolerated on a production (certain kinds of verbal assault, etc.).”

Berenson shared how it all comes together:

“In post-production, the producer waits until the director is ready to share a cut of the film, then offers editorial suggestions. Also, a producer works with the director, editor, and music supervisor to choose songs (or ‘needle drops’) for the film to augment the score. In addition, the producer is involved in everything from the DI (digital intermediate, which used to be called color correction), to VFX (visual effects shots), to getting the film ready for testing. Finally, the producer works with the marketing executives at the distributor and the director to help figure out the best creative campaign for the film (TV spots, posters, trailers, etc.) and the best release date.”

The Types of Producers

Depending on the medium (film, TV, journalism) there are a wealth of different types of producers with various titles, from supervising, development, coordinating, consulting, and more. Since we are primarily focused on film, there are five main types of producers:

With so many types of producers, Berenson divides them in two ways, creative producers and physical producers.

“Creative producers find great scripts, books, or films to adapt and remake, then once they have a great script, package them with directors and cast or sell them to financiers and distributors. You need story skills, people skills, sales skills, diplomatic skills, and some editorial and marketing skills. The reason a lot of people don't understand what a producer does is that they do a little bit of everything. There is no movie without the producer. That's why when a film wins the Best Picture Oscar, it is given to the producer.”

“Physical producers (line producers and unit production managers or UPM's) only work on the production of a film. They figure out how to make the film physically for the money they have at their disposal - how much can be spent on each line item or when to say no. For reasons such as something or someone is too expensive, too slow, not safe or what have you. They work closely with the local film commission, negotiate deals with crew unions, and make sure that all the equipment needed for each shooting day is physically available on set or nearby. They are in charge of the logistics, and the great ones know that the one thing you don't cut corners on is food. Feed your crew well, and treat them with the respect they deserve, and they'll work hard for you. Feed them or treat them poorly at your own peril.”

How do You Become a Producer?

Producing jobs are akin to high level management positions.  Depending on the type of producer you are, the path to acquiring a position will vary.  For example, if you wanted to be a field producer (a person who oversees the production of a story, working with a reporter and photographer to set up interviews, gather video and collect information), a degree in journalism would be helpful.

As a producer in film with an eye toward working with production companies or as an independent producer,  a film school degree can be helpful. But the only prerequisite is having a creative property to set up, such as rights to a novel or short story, comic book, someone’s true life story or screenplay.

“The horrible truth is that all it takes to become a producer is to get the rights to something (a screenplay, a book, a film remake) that people want. But it takes a lot more than that to become a good producer. You have to work your way up through the industry, apprenticing for other producers, ideally one who mentors you through the process. You have to learn story skills by reading books on screenwriting or taking classes. You have to be intellectually curious about every aspect of the creative process. The learning never stops. Each film presents its own challenges and obstacles that have to be overcome.”

Whereas the creative producer or financier has more fluid responsibilities, the role of the line producer requires specific, actionable skills. Being the workhorse that manages the daily operations of a set means the successful execution of the production rides on your shoulders.

A film degree can be helpful to understand the scope of film production, but it is not mandatory. As it is a high level position, the best advice is to build experience by working other production jobs first. Start with a job as a production assistant and then work your way up through all areas of production that interest you, especially those that relate to both the business side and aspects of physical production.

Want to know more? A great wealth of information and protection for producers is The Producers Guild of America, a non-profit trade organization that represents, protects and promotes the interests of all members of the producing team in film, television and new media.

The Guild differs from a union as they do not engage in collective bargaining for their members, but they strongly advocate for their members and host a number of educational, mentoring and professional networking programs year-round.