The Role of the Second Unit Director in Film

What is the Second Unit Director?

Making a film is like presiding over a small country.  There are many districts (crew members) lobbying for specific needs (time, money, equipment) that can often be in conflict.  The President (director) can not be in all places at all times and sometimes that means delegating to a trusted ally (second unit director).

Depending on the scope of the production, often producers and directors include a second unit to handle action sequences, landscapes and scenes where time and patience is needed. The second unit director is the one in charge of this secondary crew, which works separately from the main production, but services the artistic vision of the primary director.

To gain an insider’s perspective on this process, Assemble reached out to Conrad Palmisano, (First Blood, Batman Forever, Lost ) and Nicolas Harvard. (Yellowstone, Hell or High Water). Palmisano is also an in demand stunt coordinator and Harvard is primarily a first AD when not helming second unit directing duties. Both additional skill sets are a natural fit for overseeing second unit production.

When is a Second Unit Director Needed? 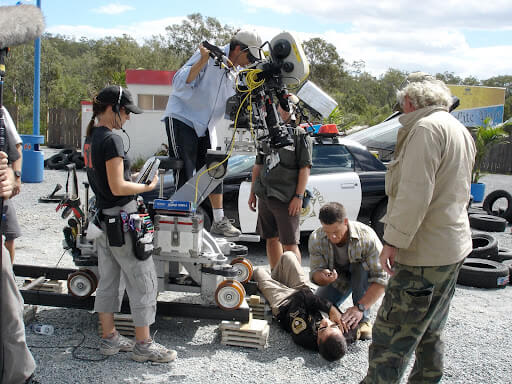 A  second unit director is usually budgeted in during pre-production  –  meaning, that before production starts, the director will have identified which sequences would be best handled by a second unit director.  However, sometimes it happens more organically and it is often not simply the primary director’s call.  Palmisano explained:

“It’s normal that a second unit budget is in from the beginning. However, there are occasions where weather or other unforeseen things slow the production schedule and they need someone to grab certain shots, drive-bys and things like that. It is also more than just the director who decides about a second unit. Producers are also very much involved in those decisions, based on overall budgets and shooting days.”

Nicolas Harvard finds that the types of sequences he is asked to do varies quite a bit.

“I’ve done a lot of action work, with the help of very talented stunt coordinators. But I’ve also done a lot of landscapes and aerials in remote places that are impractical for the main company to get to. Also a lot of work with animals, where it would just take too long for the whole company to wait for the right animal action to happen. Sometimes the director just has too many scenes to shoot and we double up. He or she sends me actors that they aren’t using and I shoot short scenes with a few actors.”

Working Closely with the Primary Director 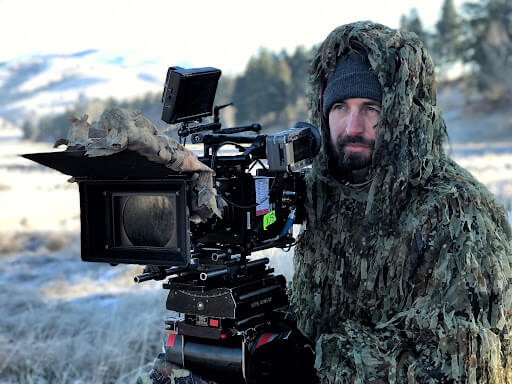 Both men stressed the importance of a close relationship with the primary director. For Harvard, being a first AD puts himself in a terrific position to know what the director wants and cultivate a creative relationship.

“We usually plan for me to start doing the second unit stuff later in the shoot, once we’ve developed a distinct visual language that I can follow. So when the time comes for me to branch off, we’ve discussed the scenes a lot and sometimes storyboarded them. It helps that the actors know me really well at that point too.”

Palmisano always hopes for a close, productive working relationship with the primary director, however that is not always possible due to the circumstances of the hire.

Preparing for the Second Unit Shoot

Ideally the second unit director will share ideas with the primary director and it will be a collaborative process. Palmisano finds the location itself provides much inspiration.

“Scouting locations is very important. Sometimes a location site will give more ideas than the written page. I love to write my action ideas down, share them with the Director and production then sit down with a storyboard artist and have him draw my ideas out frame by frame, shot by shot. Risk factors are very important, also where one is filming, for instance,a car chase in Manhattan, or on Las Vegas Boulevard. How and when you can hold traffic and pedestrians, and for how long you can hold them to get your shot.”

Both Palmisano and Harvard work from shot lists and storyboards. The previsualization work is key to a smooth shoot, but sometimes even the medium can determine the way you prep, and there are always unforeseen circumstances.  Palmisano offered this insight.

“Feature films generally have more time to prep and shoot, television has much less time for those things. Prepare, prepare, prepare! For example, I have my shot list ready to go, I ideally may want ten shots for a sequence, but I know I can make it work in seven in case of unforeseen circumstances like rain or anything else.”

In fact, weather became a huge factor on an action sequence for Palmisano on First Blood.

“While filming ‘First Blood’ also known as Rambo, in the very beginning of the cop car versus motorcycle chase it started to SNOW! In the little town of Hope, British Columbia, we had to get the fire department to use their trucks to hose the snow off the streets and out of the trees that could be seen in camera. Plus the stuntmen as well as Sylvester Stalone were freezing, as they had very little clothing on. Somehow with their determination and willpower we managed to pull it off. It started the Rambo sequels. I still thank Ted Kotcheff for standing by me and trusting me to do a good job for him and the film.”

Many of the sequences for second unit directors involve action sequences, time sensitive shots such as capturing golden hour or working with uncooperative animals.  A second unit director will decide how much to capture in-camera and how much is better served by post production VFX.  It can come down to personal preference or the demands of the script.

For the pilot episode of Yellowstone, Nicolas Harvard had plans to use VFX for a very difficult aerial shot, but decided on shooting everything in-camera with the help of a fearless helicopter pilot.

“There’s a shot in the Yellowstone pilot where Kevin Costner’s character is headed to the reservation at dawn. The camera is right behind his truck following him up a winding road and at one point he turns right and the camera keeps going straight, off the road and over the landscape.  We talked through a few different ways of doing it including having an edge arm do the follow shot and then doing a VFX handoff to a drone shot. But in the end we just hired Craig Hosking, the best helicopter pilot in the business, and he did the shot, basically almost scraping the camera along the ground behind the truck and then pulling up and over the plain. He’s amazing!”

Other times, VFX can be incredibly helpful in serving the story. This happened in another situation for Havard on Yellowstone.

“There was a scene where a bear was shot. At the end of the episode, wolves come to eat the carcass at night. We had this fake bear loaded up with treats in different spots we wanted the wolves to go to. We were going to release one after the other to have a long shot where they ominously appear and start to devour the bear. Well they didn’t want anything to do with the treats except one wolf who was doing the right move every time. I called the VFX supervisor and pitched him on repeating the move and using the same wolf coming to different spots on the carcass. Our dolly grip counted out the move and we would cue the wolf at different times. it was a poor man’s motion control. And it worked seamlessly. There are four wolves I think in the finished shot, all played by one awesome wolf.”

How to Become a Second Unit Director

There isn’t one path to becoming a second unit director, but having a skill set that is compatible with the needs of the production is helpful.  Many action sequences are aided by a stunt coordinator who casts and choreographs the movements in a safe and effective way.  Working your way up as a stunt performer to a coordinator who develops a close relationship with producers, directors and cinematographers is a natural path to directing action sequences and being trusted with other second unit responsibilities. However, Palmasino doesn’t feel that experience as a stunt coordinator is enough to get you the job, you need to understand the overall storytelling involved, not just the action.

“To me it's more than just the action for the sake of action. I believe the action must also continue to tell the story line of the film. Not just crashing cars and blowing things up ”

And he suggested that it takes more than knowing your own lane. His advice is to embrace all aspects of the filmmaking process and study its history.

“First study films and television, old and new. Also learn about the cameras and lenses and know what the other departments do on set in pre and post production”

Harvard came up through the production ladder, cutting his teeth on shorts and moving on to features as a first assistant director and then a second unit director.  It was the close relationships he formed and the trust he endeared from the crew in his skills that created the opportunities.

Often the types of scenes given to a second unit director will include action sequences, time sensitive scenes such as sunsets, sunrises, specific weather or working with animals and children where patience in production time is needed. It could include establishing shots or off-location shoots, such as when the primary director is working in California and a shot of the New York skyline is needed.

The best way to prepare is to be prepared.  Know the crew hierarchy, understand the set lingo, know your way around a camera, build relationships and be a student of film.  The more you learn, the more you have to offer.