Structure in storytelling goes back to Greek philosopher, Aristotle who observed in his book, Poetics, that tragedy must have a beginning, middle and end. In modern times, we’d call this a three act structure. Sounds simple, right? Simple, yes. Easy, no!

Good storytelling is a combination of imagination and foundation. Let’s take it off the page and think of storytelling as a meal. Imagination is like cooking where you can be creative. A pinch more salt for flavor or the substitution of a different protein gives an added twist to a familiar recipe. But the foundation, the structure of your story? That’s like baking, which is chemistry. If you don’t get the ratio right, then your bread doesn’t rise.

As any of us who have survived kitchen disasters know, it’s best to follow a recipe and Assemble was lucky enough to find a top chef in screenwriter James V. Hart, who scribed August Rush, Contact, Hook and Bram Stoker's Dracula to name a few. 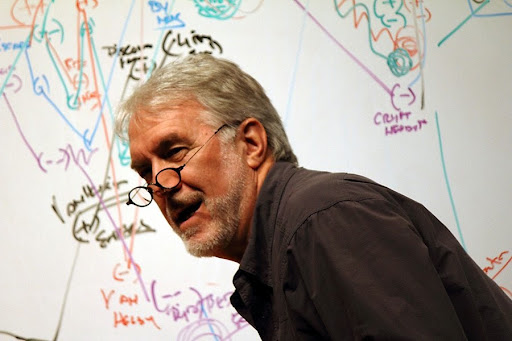 Before Hart takes us step-by-step through his approach to structure in his screenplay of Francis Ford Coppola’s Dracula, it’s helpful to understand a standard breakdown of what goes into each act.

“Structure allows you to capture lightning in a bottle, put it on a shelf, and release that energy whenever you reach that point in your story where it is needed” - Jim Hart

In 1992, Hart got a phone call at midnight in New York City.  It was Francis Ford Coppola.  He’d been in post production on Dracula for several months and it wasn't going well. They had a disastrous preview and everybody at the studio was on edge.  Coppola politely demanded for Hart to get on a plane and come to San Francisco.

What both Hart and Coppola discovered as they discussed the film was that an important moment, or as Hart calls it, “a sign post”  was missed in the script and that made the ending seem untruthful.

That’s when Hart turned back to structure and perfected his own system that breaks down the three act structure into 12 signposts.  He calls this The Hart Chart.

To go through each act (with sign posts), Hart used his screenplay for Dracula as a template. 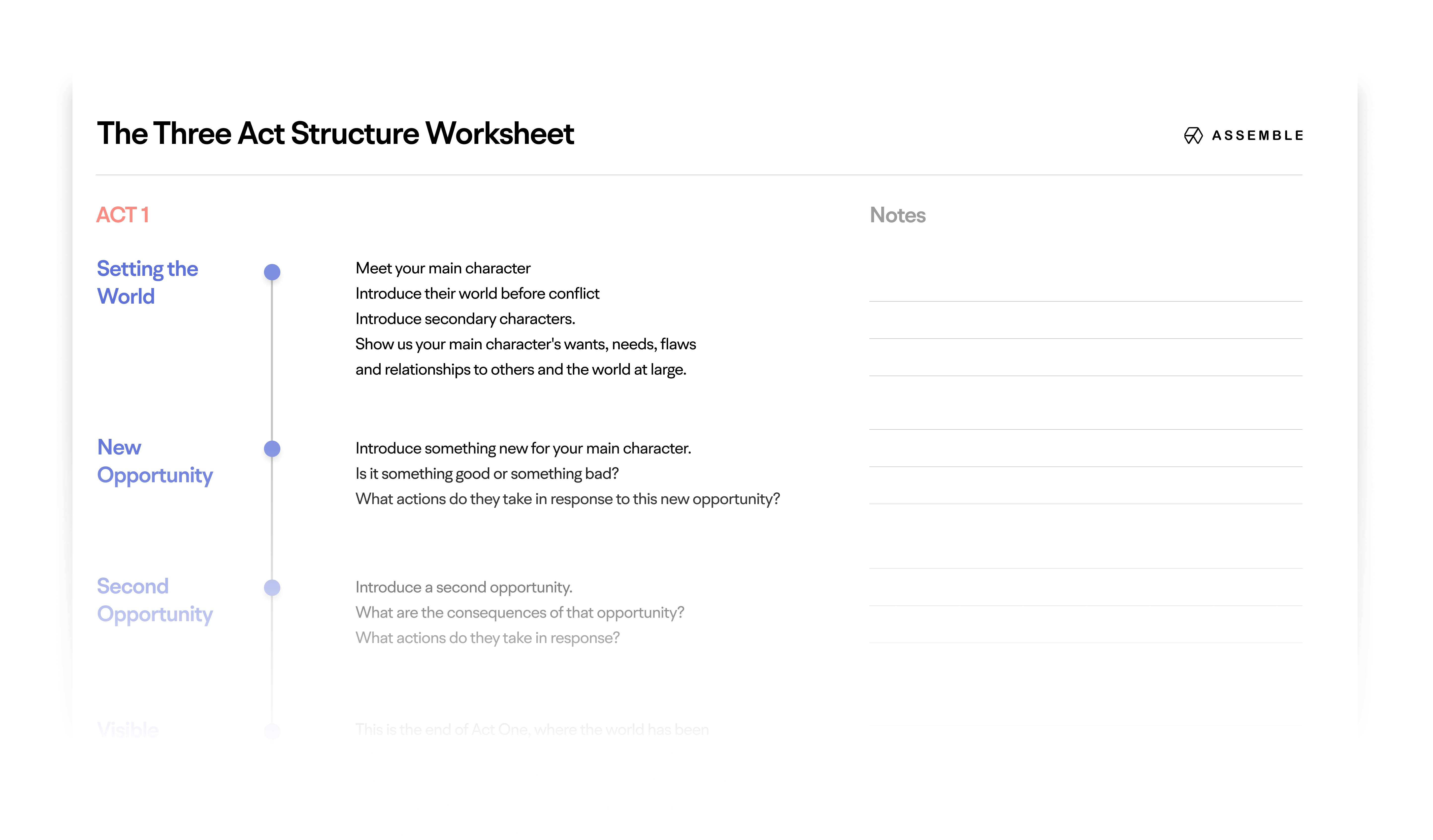 Just like the strong foundation of a house gives the architect freedom to design as many wings, floors, rooms in as many different styles as desired, the screenwriter has structure. With it, a writer has all the tools in place to go wild creating exciting new worlds and complex characters to face the challenges, opportunities, setbacks and triumphs that make a story dynamic.

Jim Hart has taken his approach to structure and character and created an interactive app that we highly encourage you to check out, but to get you started immediately, we’ve created a Three Act Structure Worksheet to help you break down your story and be on your way to a completed screenplay. Just download below.

We hope this article has been helpful in formulating your story's essential structural components, and wish you the best of luck in your screenwriting journey.