What is Craft Services in the Film Industry?

What is Craft Services

Craft service workers are the heart of film sets for everyone from the production assistant to makeup artists to above the line cast and crew. The craft services department in film, television and video production provides the set with snacks, drinks and other amenities.

Craft service professional, Amber Curry from Fresh Concepts Craft Service described the role to Assemble as beyond food and drink, she views it as “a safe haven” for the cast and crew.  The nickname for craft service workers is “crafties” and it’s an apt title.  It does take craft and skill to keep the crew happy, especially when they sometimes face a grueling 16 hours on set. 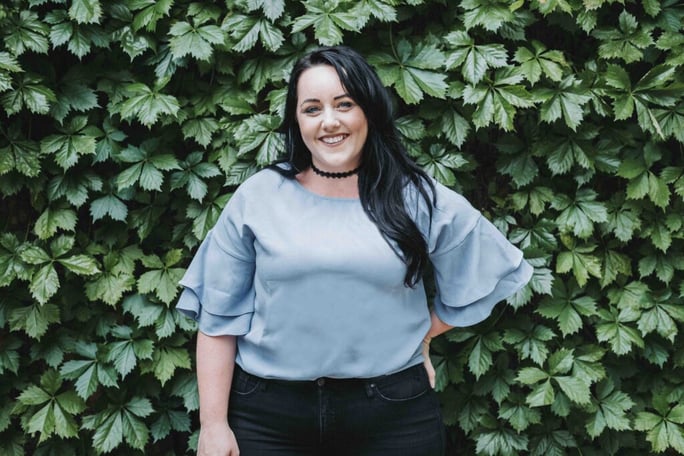 Curry gave Assemble the in-the-trenches breakdown of everything in the craft service department.

What Does the Craft Services Crew Do

It’s not just snacks and drinks for the crew members.  Curry detailed how the human side of the job is just as important as the “free food”.

“We provide any snack imaginable (healthy options and not so healthy), teas, coffee (nectar of the Gods), other drinks, basic medicine and special requests. Sometimes we’re there to lend an ear, tell a joke or provide that one thing you need to keep you making the magic. I think when creative minds are in the thick of it, they sometimes need what I have and I enjoy being a small part of helping these talented people keep going.”

A Typical Day on Set for Craft Services

You have to be a morning person to work in craft services. A typical day for the craft services team starts a few hours before the call. Curry gives an exhaustive breakdown on the fuel it takes to do this very arduous job.

“Depending on the set, crafties are some of the first people there because on most commercials we either provide breakfast or assist with it. On episodic and feature projects we set up before ‘crew call’, that way if people don’t have time for catering because they are setting up at another location for example,  they can stop by before getting engulfed in their trade. For commercials, I have prep day(s) in order to shop, organize, pack and load, that way ‘on the day’ (the actual shooting day) I can quickly unpack and be ready for my guests.

Being a craftie is strenuous, we ache daily from carrying ice, pulling coolers, pushing carts and so much more. Not to mention the company moves. When locations change, we have to be prepared to pack and move quickly to set up at the next location. Moves happen often and the whole crew has to hustle safely, crafties are no exception.

I’m responsible for helping people at the crafty set up while balancing other duties, such as; water passes to keep those on set hydrated, coffee deliveries, snack restocks, managing other snack areas (like background, basecamp, or a motorhome), as well as the paperwork that comes with the job. I interact with everyone. Snacks are such a personal thing, people make their way to me, or me to them, to get the goods. I don’t believe in letting anyone go hungry, especially the shy ones.

The majority of my day, I’m busy putting smiles on faces, staying upbeat and keepin’ it movin’. I continue the revolving list until we reach wrap, then it’s time to sell everything! I pack goody bags for people staying in hotels, put everyone’s favorite snack or drink in their hand for the drive home, and tell them they did a great job and that it was so nice to see them, and it’s always true. I see these people give the day everything they’ve got and I know they deserve their praises sung. After that I pack up and head to unload and clean. Some jobs require a little more, some a little less. No job is the same and you have to have a flexible personality to roll with the punches.“ 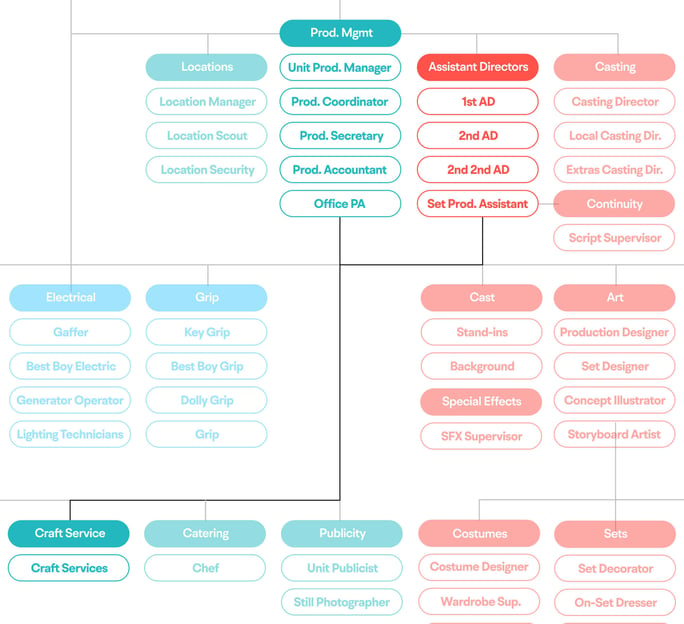 The role of craft service differs from project to project and from medium to medium. Curry explained how it works:

“Commercials, features, and episodic are all so differently structured for us. Within the commercial realm, I’m typically hired by a Production Coordinator, Production Supervisor or Production Manager, sometimes a Producer. Our schedules change constantly, from working not at all, to seven days a week (and sometimes overnight).

On episodic and feature sets, I’m hired by a panel. Usually, I’m reached out to by a UPM (unit production manager) or Line Producer first. After they sign off, they bring in the “powers that be” or as we call them the “grown-ups” for final approval. This group is usually made up of the Executive Producers.

The main rule of film is safety first. Everyone knows it, everyone respects it, and for good reason. With this in mind, I ultimately answer to the 1st AD above all else as they are in charge of safety and the happenings of the set. A personal rule of thumb, there is a hierarchy and I follow it for direction. However, I do my best to roll with the punches if something pops up and I need to adjust. We all jump in when and where we can.”

There is often a philosophy or a particular game plan with the snacks provided on set.  The food provided has to take into account the specific needs of individual people while also  providing choices for a diverse crowd.

“I’m a little bit of a control freak so I scan the call sheets prior to a work day. I use my experience to guide me. I pride myself on bringing specific needs and fan favorites, sourcing local treats and surprising the masses with something different any chance I get! In this day and age we have learned to evolve and do our damndest to cater to all needs. Gluten free, vegan, vegetarian, pescitarrian, keto and anything else people come up with. I do my best to avoid anyone walking away from Crafty hungry or empty handed.”

Clearly the craft table is a popular place on set.  Curry detailed it’s important role in the process.

“All sets are different, sometimes we’re on location in the middle of a field, a functioning gas station, or an empty stadium. Other times, we shoot in the studio. Crafty is commonly a safe zone to step away and take a breath, gather your thoughts and hopefully leave a little more fulfilled than when you arrived. Stress comes with the job. I care about every person on every project, whether I know them or not. I am one of the only departments and people on set responsible for everyone else. I don’t take my job lightly, I am on that set to care for these magic makers and if I need to absorb a little stress to help, then I’ve earned my keep that day. I thrive on soreness and sweat because I love what I do. We all do.”

Crafty is the all day fuel for the cast and crew. It’s the pick-me-up and on-the-fly treats. Catering services provide the sit down meals for lunch and dinner.

This is how the meal periods work for the union film crew:

If for any reason the rules are broken above, IATSE has built in additional compensation for the crew.

Here is a handy chart prepared by IASTE 479 that takes you through the process.

Curry is a union member of IATSE 484.

“I made the decision to join my film family in IATSE because of the benefits of the organization. They provide knowledge of how to do things safely and effectively, and they hold me and my craft to a high standard that ultimately does any project justice. They also act as an advocate and help navigate any obstacle I encounter. I’ve worked as a union and a non union craftie and personally, I never have doubted my decision to join.”

Union rates for craft service falls under the Tier System (based on the overall budget of the film.)