SXSW had gone quiet. No, we’re not talking about the pandemic (although that did cause the festival to cancel the 2020 slate and move it online in 2021). This was 2018 when the film premiering and opening the festival was John Krasinski’s A Quiet Place.  An intense post-apocalyptic thriller that shocked and awed audiences on opening night and contributed to the buzz that made it a massive hit. That is the power of a well-curated film festival.

By all accounts, SXSW has roared back to life this year with an exciting mix of veteran festival filmmakers and stunning new talent.  Assemble compiled a list of the top filmmakers to watch at this year's SXSW film festival, ranging from those who arrived with considerable buzz and distribution to those with limited resources and breakout performances. 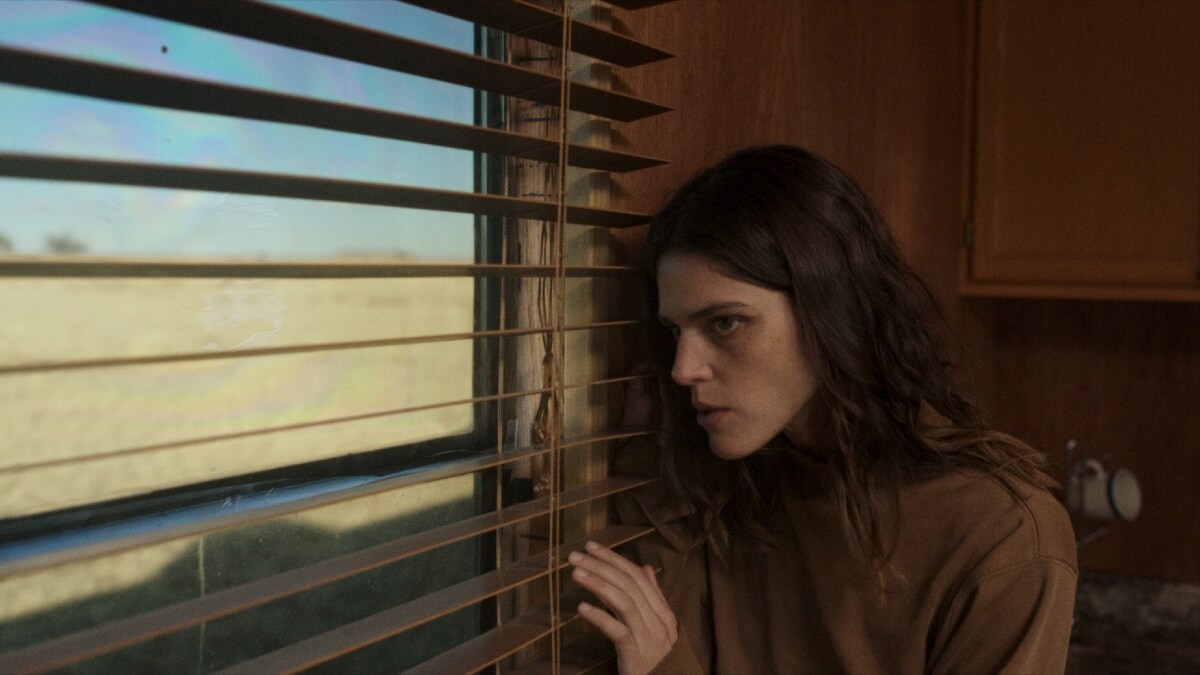 Peter Ohs is a low-budget filmmaker, to be precise, a micro-budget filmmaker. More appropriately perhaps, a magician. Ohs pulls off an experimental masterpiece as writer, director, editor, producer, and cinematographer on the $10,000 dollar budgeted comedy-drama-thriller, Jethica. This one-man band also dared to attempt this during a pandemic only armed with a decade-old Canon 5D Mark III. It helped that the film is about two women who are intentionally isolating themselves. Both are fleeing an unspecified trauma, and his approach to the supernatural elements that occur is more physiological than effects-driven.

Another innovation came in post-production.  Ohs told filmmaker magazine how he live streamed his editing process on Twitch. “Streaming the edit was so fun, and I can’t wait to do it again. Honestly, I didn’t really think it through, it just felt like it would be a fun experiment and that the 17-year-old version of me would be excited to watch someone put together a movie. It definitely affected the cut. There were a couple regular viewers that were tuning in everyday who I eventually came to trust. From time to time, they would chime in with a question but also sometimes an opinion which led me to either defend a decision or try something different.”

Trinidadian artist Damian Marcano’s debut feature was seven years in the making and took many forms before it landed at SXSW this year.  Chee$e is a comedy-drama-fantasy about a restless dreamer who embraces the role of pot supplier to his small village once he learns he’s soon to become a father.

The project has been reimagined several times, starting as a 19-minute short film, then a TV show, and finally as a feature film. Marcano's subtitles, in keeping with the film's tone, expand on the fresh, funny characters and dynamic camera work and editing of this breakout film. The filmmaker has already caught fire from industry heavy hitters. He has recently moved on to direct several episodes of HBO Max’s Winning Time: The Rise of the Laker’s Dynasty. 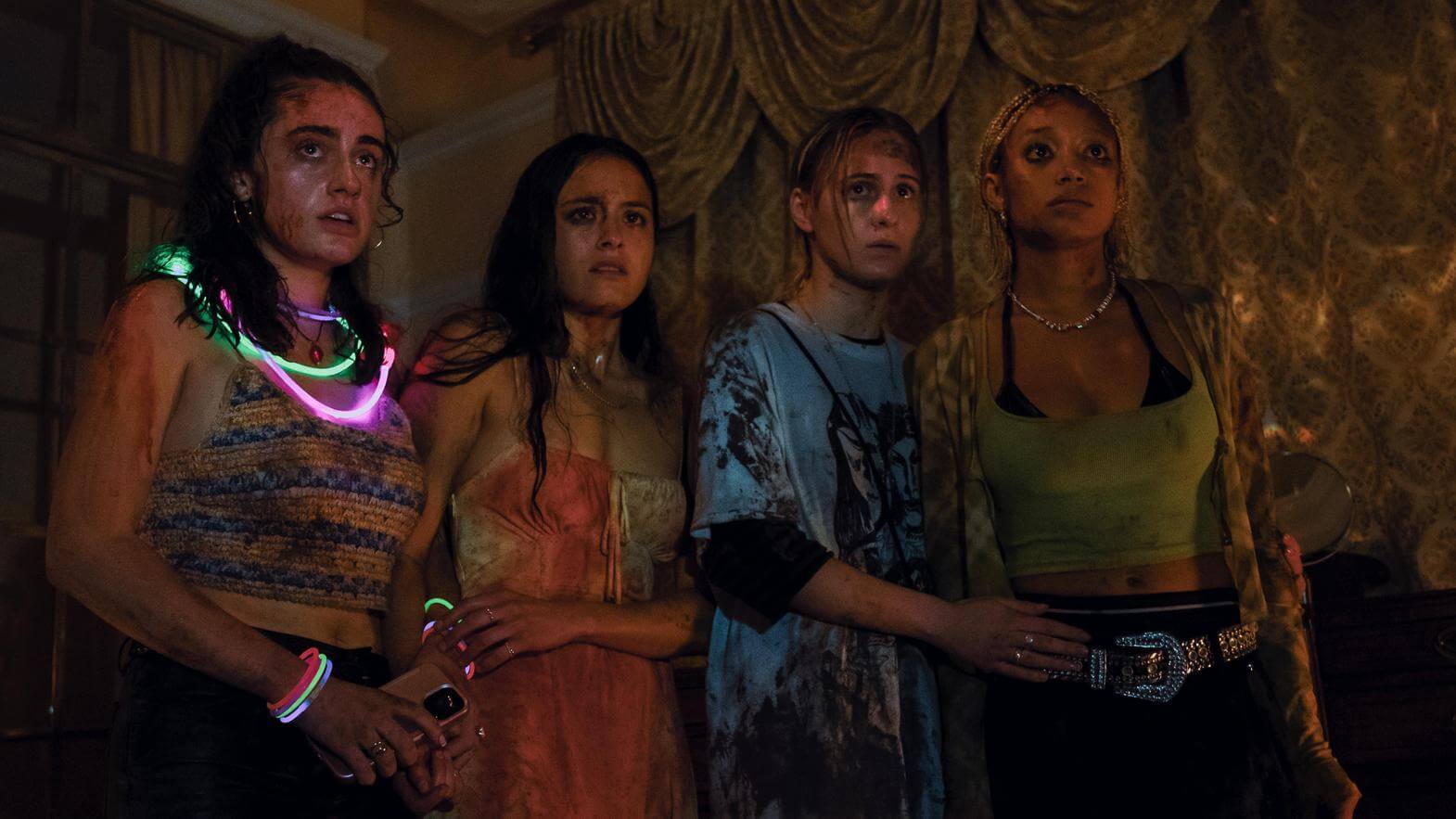 It might not be the most sinister of moves, but Reijin’s love of film began when a babysitter took her secretly to the cinema to see Annie. Her parents believed moving images would influence her brain development in a bad way.  Lucky for audiences, that apparently manifested into helming the fresh and funny Bodies, Bodies, Bodies, a slasher film about a group of rich 20-somethings planning a hurricane party at a remote location where events turn deadly.

Expectations might be high for her sophomore effort considering her debut feature, Instintic was selected as the Dutch entry for the Best International Feature Film at the 92nd Academy Awards.  Bodies, Bodies, Bodies is being released by A24, whose previous films Midsommar and Hereditary prove they have an eye for smart, terrifying horror films. 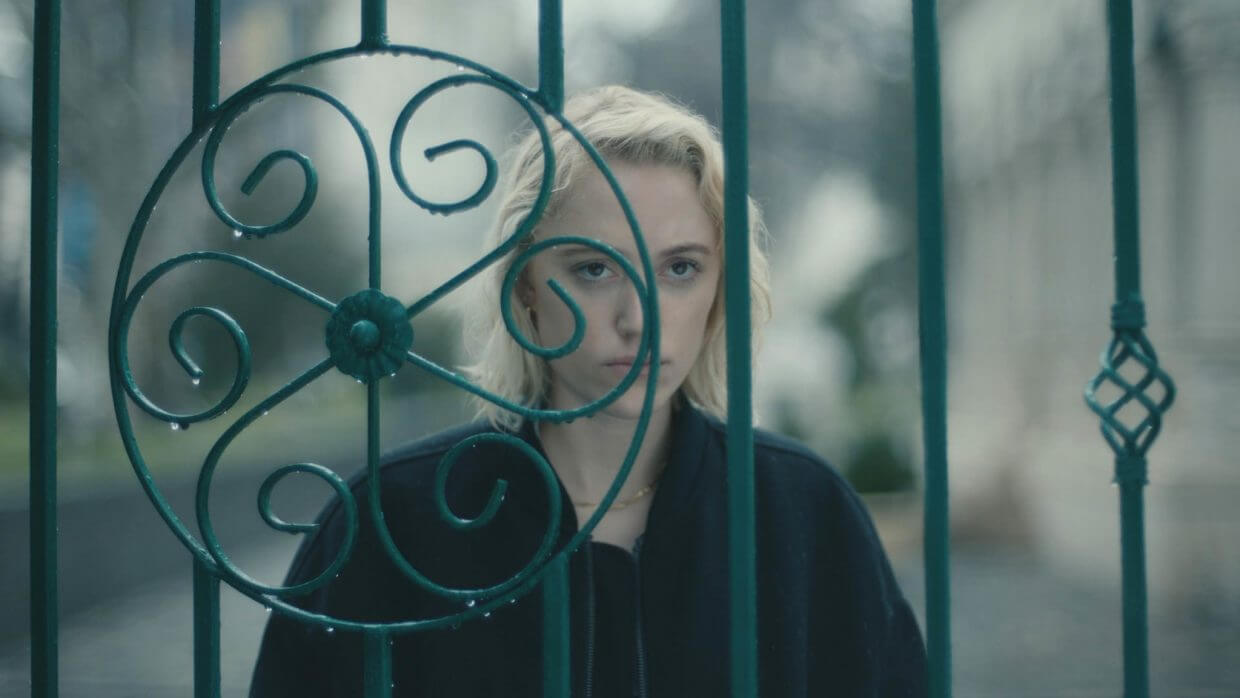 Finding out that director Chloe Okuno was also one of the writers for Halina Raijin's Bodies, Bodies, Bodies is bound to give you chills in a good way. Her own directorial feature, The Watcher, is set in the midst of a citywide panic over an active serial killer. A young woman moves into a new apartment with her fiancé and is tormented by the feeling that she is being stalked by an unseen watcher in an adjacent building.

Okuno's work is confident, but that has not always been the case as she reflected to the Women and Hollywood blog  “I had a teacher at AFI who did all the year-end reviews of first-year students. You went into his office and you were supposed to sit down and listen to a critique of everything you’d done that first year. When I went into his office, he just looked at me very sternly and said, ‘You need to start taking yourself more seriously.’ I was sort of shocked. I think it was literally the only thing he said to me for the whole critique, but he’d cut through all the bullshit and just said what I really needed to hear.”

Clearly the film industry is taking her seriously, The Watcher debuted at the Sundance Film Festival and will be distributed through IFC Midnight Shudder. 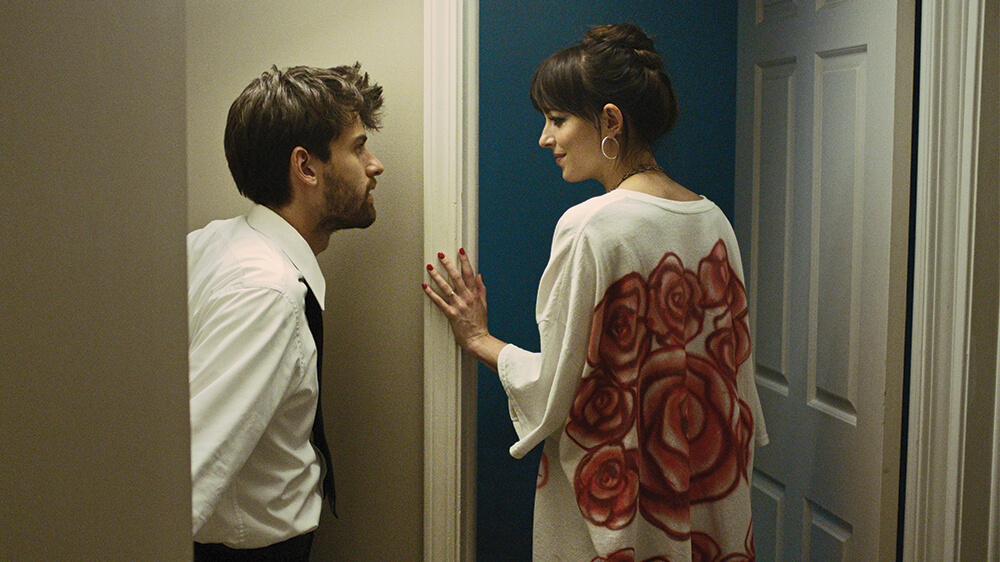 Heading to the dance floor with Apple TV+ is Cooper Raiff’s second feature, Cha Cha Real Smooth which premiered at the Sundance Film Festival and comes home to SXSW. Raiff’s 2020 debut Shithouse won the grand jury prize at the SXSW Film Festival. In an interview with Assemble last year, Raiff revealed how a spontaneous tweet to filmmaker Jay Duplass led to that film's transition from short to feature.

Raiff is one of the hottest creatives right now as he successfully carved out territory not seen since Woody Allen's heydays as a writer, director and star.  Despite their all too human conflicts, his characters have the same angst and effortless dialogue that makes them relatable, funny, and heartbreaking.  While his first film featured a relatively unknown cast, Cha Cha Real Smooth boasts Dakota Johnson and Leslie Mann adding a tried and true comedic pedigree to the film. 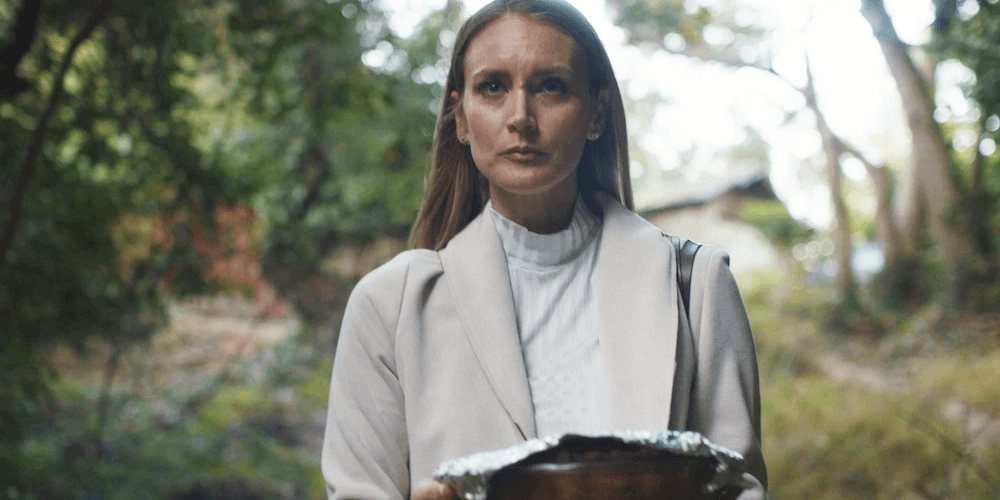 Writer & Director Beth de Araújo premieres her debut feature film, Soft & Quiet. As one of Filmmaker Magazine's 25 new faces of independent film, de Araújo surpasses the promise of her grippingly personal screenplay, Josephine, workshopped at the Sundance Screenwriting Lab. With Soft & Quiet, she tackles issues of white privilege taken to a frightening extreme. It's a topic she knows very well. A child of a Brazilian Olympic runner father and a Chinese-American ballerina mother, de Araújo brings those influences to her work as a writer and director. In fact, she sees how their athleticism mirrors storytelling “it is a bit like sports - creativity within a structure”.

Blumhouse has already snatched up distribution rights before the film debuted at the festival. Blumhouse founder Jason Blum had this to say about the film  “Beth’s film kept me on the edge of my seat the entire way through. It made me uncomfortable, tense, and I haven’t stopped thinking about it since I first watched it.”

Jamie Meltzer - Not Even For a Moment Do Things Stand Still

In the documentary short film, Not Even For a Moment Do Things Stand Still, Jamie Meltzer captures the horror and healing found in artist Suzanne Brennan Firstenberg covering the National Mall in a blanket of white: one flag representing each life lost to COVID in the United States. Her goal was to both show the epic scale of COVID deaths in America, and to simultaneously express that behind each number was a real, living person.

Meltzer manages to let the viewer bear witness to an intimate moment for grieving family members, while also maintaining their privacy.  Meltzer’s approach makes for stunning storytelling. It is artful, contemplative and allows the viewer to feel they are unobtrusively engaged.  He is fast gaining a reputation as a documentarian to watch. 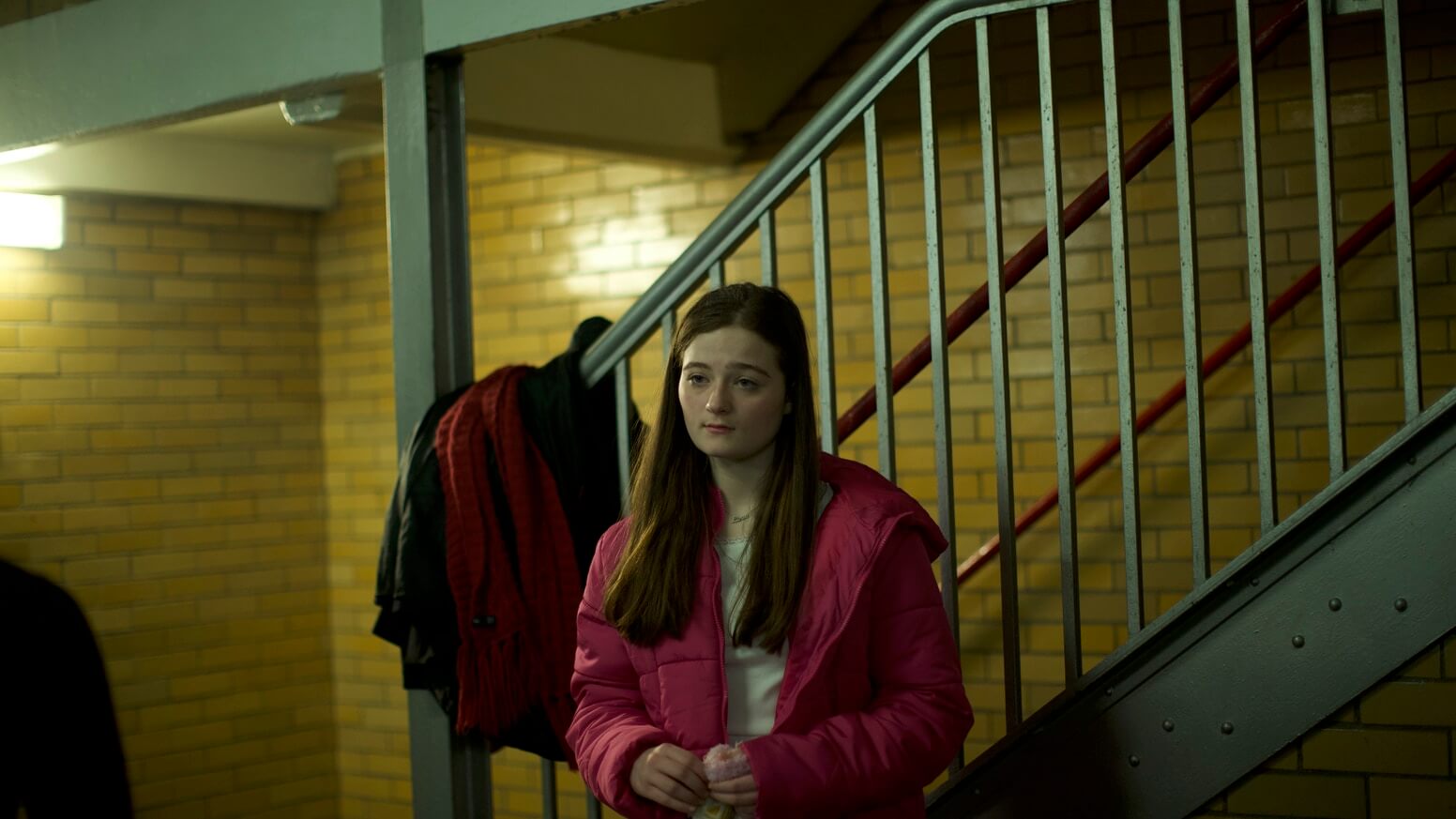 CLARE, a SXSW grand jury award nominee about a 17-year-old high school student who confronts her teacher over an inappropriate relationship, is Lauren Minnerath's fourth short film to tour festivals.  “I wrote CLARE because I wanted to tell a story that reflects an experience rarely seen on screen. I wanted to tell a story about trauma, one that was honest about how ugly and corrosive it is when you try to bury it.”

As a graduate of the Tisch School of the Arts, this Minneapolis native handles complex relationships with ease, producing powerful performances. The feature version of CLARE is currently championed by The IFP Project Forum, an international co-production market. Minnerath is also developing a project at Amazon Studios.

Daniel Kwan, Daniel Scheinert - Everything Everywhere All at Once 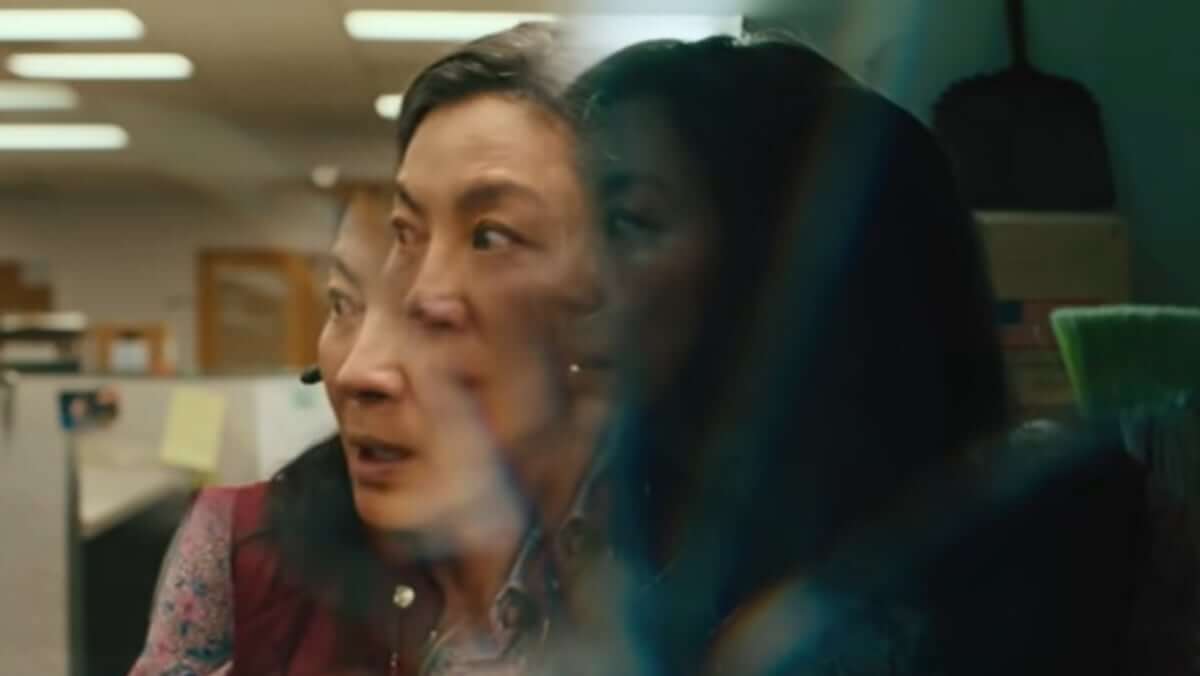 Daniel Kwan and Daniel Scheinert, collectively known as DANIELS - initially started out writing and directing a slew of viral music videos, commercials and short films, before moving into feature films. We may have saved the best for last as their film, Everything Everywhere All at Once, is one of the most anticipated premieres at the festival.  The film is a wild, wacky and fierce multiverse ride that is both thoughtful and personal and raw and outrageous.

The movie debuts nationwide on March 25th, and its giddy anticipation is a result of the comedy, action and fan base appeal of multiple versions of Chinese action star Michelle Yeoh and Halloween icon Jamie Lee Curtis. The directing duo turned down Marvel's Loki to direct their matrix-style dream project, so this hot hand team will no doubt have more opportunities in the future.