In 1994, Wes Anderson directed the short film Bottle Rocket, a film about a group of thieves in training. It premiered at the Sundance Film Festival and became the basis for Anderson's first feature film. Since then, his distinct, quirky style, characterized by memorable characters, has been featured in films like Rushmore and The Royal Tenenbaums. Anderson's path is not unusual. Many filmmakers launch careers with short films, but it's no longer just a stepping stone. Even established feature directors and well known actors are making short films. 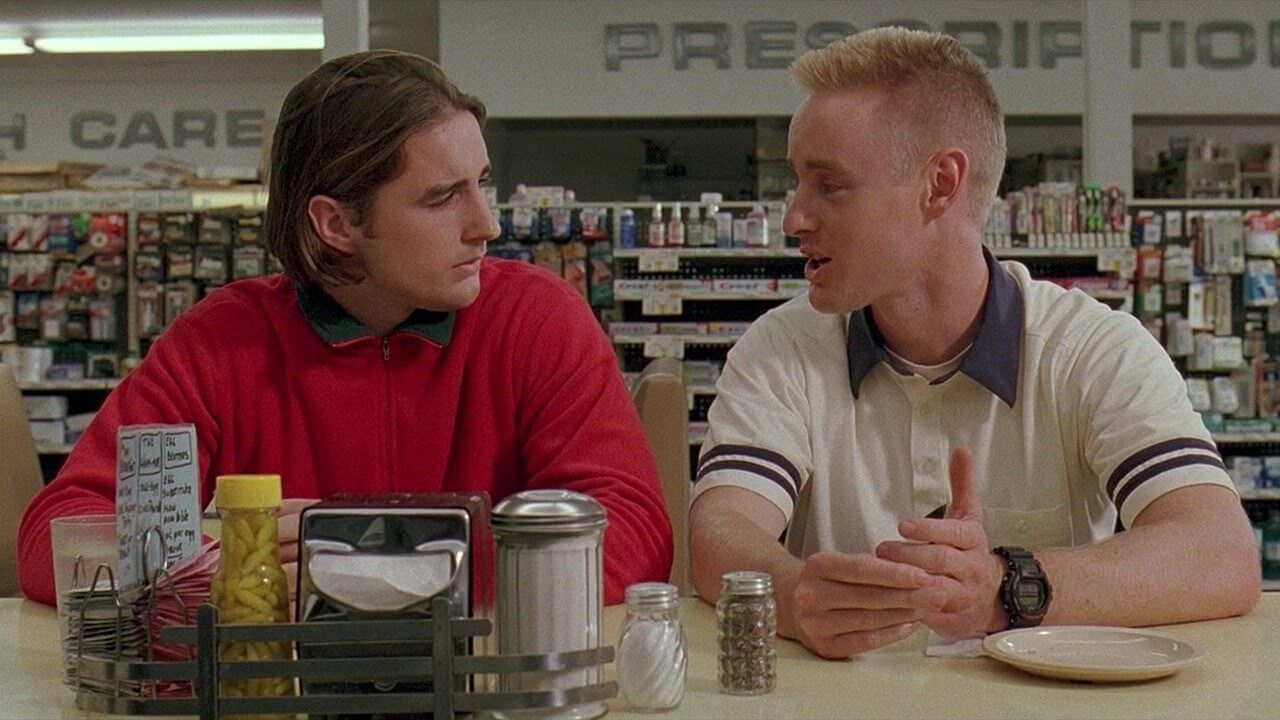 This year’s Oscar winner, The Long Goodbye was written by and stars Riz Ahmed, the star of last year’s Oscar nominated film, The Sound of Metal.  Pedro Almodovar not only directed Oscar nominee Penelope Cruz in Parallel Mothers, he was also shortlisted for his short The Human Voice, starring Tilda Swinton, and he has two more shorts in pre-production. This year's shortlisted film You're Dead Helen is going into feature production with studio support, just like prior short films Skin, Madre, Curfew, Whiplash, and Frozen River, among others.

Director Joe Wright not only directed Cyrano this year, but also the short film Princess & Peppernose with the Samsung Galaxy S21 in 8K. Professional athletes Matthew Cherry (Hair Love) and Kobe Bryant (Dear Basketball) both went on to win Academy Awards after they collaborated with iconic artists in the animated short film category.

So let's see how you can get your short film shot, finished and distributed to maximize exposure. 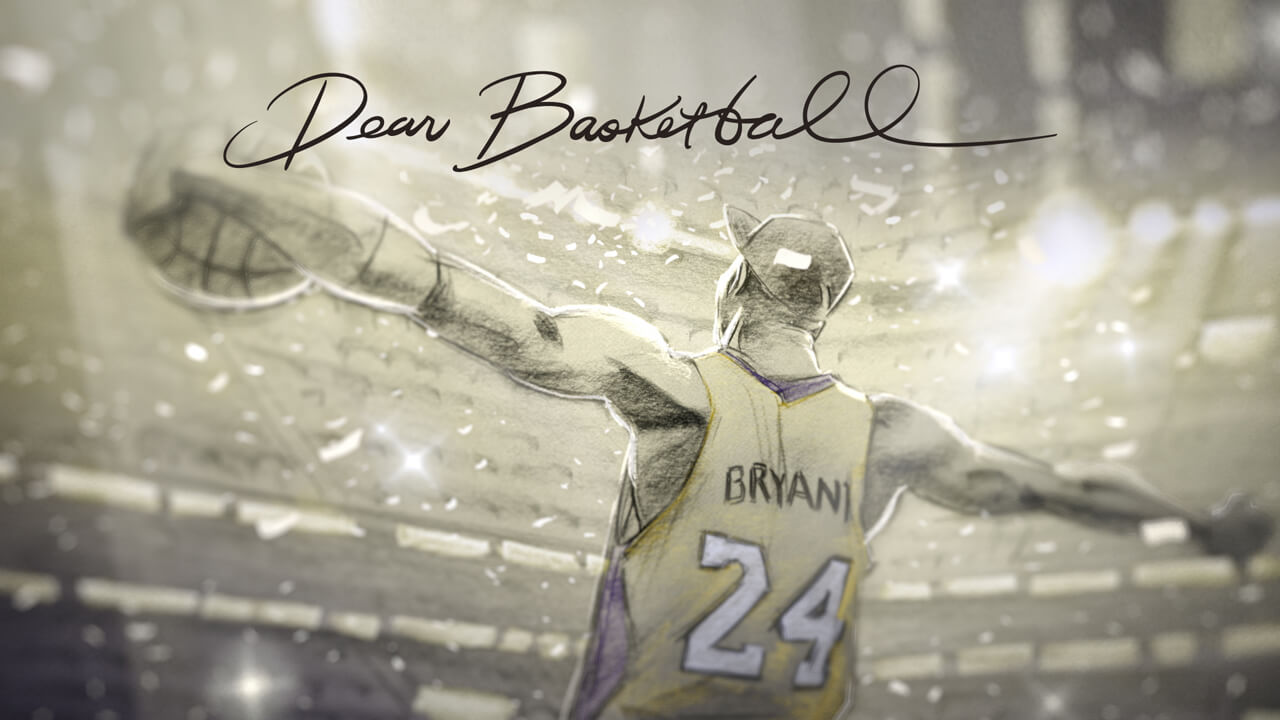 For most filmmakers, they may have a firm grasp on what they want to do artistically, but getting it seen by audiences is often a confusing and frustrating experience. For example, FilmFreeway, which is a global film festival submission platform, boasts over 10,000 film festivals.  How does a filmmaker or producer navigate such a vast selection of festivals? What are alternatives to getting your film seen and the director noticed and funded? Check out our Creatives Offscript episode with Director Brig, from Tool of North America and winner of 11 Cannes Lions including the Top Young Director in 2015. on how he funded his first big spot, which led him to winning the Top Young Director award at the Cannes Creativity Festival in 2015.

To break down this complicated landscape, Assemble turned to Linda O. (Olszewski,) one of the most passionate and knowledgeable people in the short film industry who has served as Vice President of Acquisitions for ShortsTV and the Oscar Shorts Theatrical / VOD  / iTunes / Airlines releases. She is on the Executive Committee and a member of AMPAS’s (Academy of Motion Picture Arts and Sciences) Short Film and Feature Animation branch and has served on over 100 international film fest juries and panels. She teaches master classes around the global festival circuit and scouts for potential Oscar nominees to support in their Oscar journey, all the while taking pictures of the short film world and everyone she sees.  In other words, she knows this world intimately.

Some questions that arise for filmmakers are how do you promote your film? Which distribution platforms feature or sell shorts?  Are feature distributors, studios and marketing companies also working with short films? Are TV channels buying short films? Do airlines buy short films?

Linda says “the answer to all of the above questions is YES - there are some short films that have broken the myth that short films are just for film festivals or online. Netflix, Neon, A24, Fox Searchlight, HBO, MTV, Pixar, Disney, DreamWorks, Sony Classics, Lexus, Jet Blue, American Airlines, iTunes, Arte, and ShortsTV have all bought, produced, funded and promoted short films and have continued to expand their interest in short films for the last decade.”

ShortsTV, the global television network for short films, proved that theatrical distribution of the Oscar-nominated shorts could produce significant interest and revenue. Linda continues, “up until the pandemic, Oscar shorts were doing close to $4 million at the box office. A huge release. About 600 cinemas in North America. Outside North America it hit between 100 to 200 screens in theatrical settings and festivals. It is respectable and the Oscar Shorts have a bigger release than most independent features.  But with the pandemic, this year, it will hit closer to $2 million global box office. It’s great we have been able to keep the release going and people are in the theaters watching the films on the big screen. The theaters cannot be completely full with the Covid restrictions, but the turnout is respectable. I believe when the pandemic is behind us, interest will only continue to grow and surpass the $4 million mark”.

Linda advises any producer seeking distribution to start with the Academy qualifying list of film festivals, not simply for the needle in a haystack of hope that your film will be nominated, but for the quality and integrity of the festivals on that list.  “I am on the festival committee and we vet these festivals. Filmmakers are treated well. There are good opportunities for the films, filmmakers and excellent films featured from all over the planet. Also, one great thing about the festival list, is that many of these festivals don’t require a fee to submit. Unlike the US festivals, where there are festivals trying to earn a buck off of filmmakers, many of the international festivals are supported by their governments or sponsors and they also support the filmmakers attendance with travel stipends, have cash prizes, industry opportunities, workshops which are all part of your acceptance package into the festival at no cost to the filmmaker.”

To that end, we asked Linda to create a list of the top 10 festivals and markets producers should target.  She gave us 23.

Other Great Festivals to Consider:

Online distribution of short films used to be hampered by the "premier status" requirement for prominent traditional film festivals. The requirements could vary. Some festivals might require a world premier, meaning your film has not screened theatrically prior to that festival, whether at another film festival or other ticketed public theatrical exhibition, and has not been broadcast or streamed on television or the Internet or released via any home video or other public distribution platform (Blu-ray, DVD, streaming, VOD, etc.) in any country prior. It also could be territory dependent, such as a premier outside the film's country of origin.

Many prestigious festivals have waived that requirement (during the pandemic) as online film festivals and curation websites have become more and more important for independent filmmakers to showcase their work.

Here are some of the best short film and social media websites where you can distribute your film and build substantial viewership.


There are limitations, but promotional value is not one of them.  With Instagram Reels and Tik Tok, you may not be able to host your whole short film, but you can post clips, behind the scenes footage, quick interviews with cast and crew, and generate strong interest in your project.  Facebook Watch can host your entire video.

“If you have put your film online for free you have pretty much killed any opportunity for television buyers to consider your film”  , Linda continues. “PBS occasionally purchases short films, as does HBO, although mostly short documentaries and diverse films. MTV also buys and, of course, Shorts TV in their global television network. They spotlight filmmakers too. There are tons of global television buyers still buying and paying nicely for short films including Arte, Movistar, Canal+ so you might want to give your film a chance to reach the television audience before the online audience if you are truly interested in reaching as wide an audience as possible for your film. There are some distributors that are very much focused on generating revenue for shorts - like $5K, $10K, $50K, $250K - and they work with getting you an agent or manager and help in next steps for a feature or series. This is rare, but these filmmakers are also the rare birds that are talented, serious and ready for that step.”

As a producer, you have researched the top film festivals (check the AMPAS list too) and compiled a submission list.  When you are accepted to a film festival, what type of materials do you need to submit and what formats are requested?

Have you identified whether you own all rights to your film and have the right to screen it at festivals and for wider distribution?  Many festivals will require a clean chain of title including:

Having a robust Electronic Press Kit (EPK) is helpful to both the filmmaker and the festival.  Suggested materials include:

The most important element of finding success in distributing your film is to make a great film.  Take the time in pre-production to ensure you are creatively satisfied. Make sure you have done your due diligence with a clean chain of title.  Do not submit your film to the first festival with the most recent submission deadline. Get your film seen by the most appreciative audience by doing your research and strategizing. And as Linda suggests, have fun and “go to a festival in a city you’d like to visit. Make it a bucket list thing”