With the release of Mission: Impossible – Rogue Nation five years ago last month, writer-director Christopher McQuarrie has reinvigorated both the venerable Tom Cruise-starring franchise and the action movie genre. How? By crafting and executing character-driven set pieces that bring audiences to the edge of their seats. McQuarrie’s approach to action is to always tether it to characters you can’t help but root for, so when the extraordinary (or the explosions) happen, the impact is that much greater because of our emotional investment.

You can learn a lot from McQuarrie’s approach to genre to help level-up your own work in the action space. With Rogue Nation recently celebrating its 5th anniversary, here is an interview with McQuarrie where he breaks down how he pulled off two key set pieces from the film firmly rooted in character and emotion. 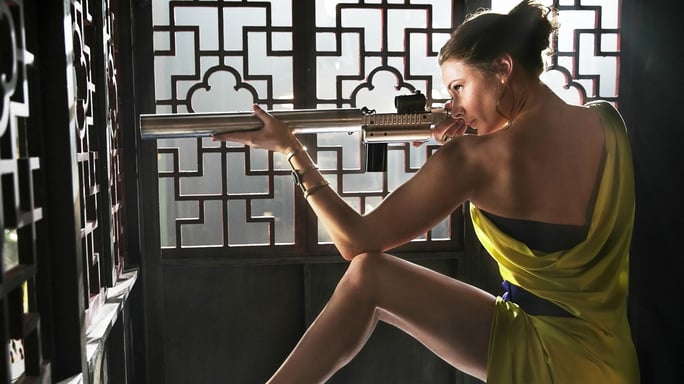 Near the mid-point of Rogue Nation, IMF super spy Ethan Hunt (Cruise) infiltrates the Vienna opera house to thwart an assassination attempt. His attempt to avert an international crisis if rife with life-or-death stakes, leading to a nail-biter of a sequence full of exceptional tension and inventive complications — especially those centered around Rebecca Ferguson’s character, Ilsa (pictured above).

Assemble: So was the opera house sequence an easy sell? Was Tom totally onboard with it at first?

Christopher McQuarrie: It was an easy sell. [The sequence] was originally going to be the opening of the film, so I went to France, and I was at the ballet with my wife. I was looking at this giant auditorium, and I thought: “It would be awesome to shoot an action sequence in some place like this.”

Assemble: And then did you flesh it out from there? How early in the development process was this?

McQuarrie: I started to come up with the idea for this sequence, and I called Tom, and our process during the early writing of the script — he was off making Edge of Tomorrow — he would work on a bunch of different things, we could only really talk once a week. So we had this regular scheduled appointment. We would speak for two hours every Saturday. And I would pitch an idea. And he’d go, “Ehh, I kinda like that,” or “I don’t like this,” or “that’s not ‘Mission.'”

And over the course of that conversation, we’d come up with an idea we really loved. And he’s like, “Great! Go write that, and I’ll see you next week.” And by the time Saturday rolled around I’d say, “Hey, you know what? I spent the week working on that idea and here’s why it sucks.” And we’d start talking about it some more and come up with another idea.

And finally, I came up with the opera idea, and I felt so good about it. I felt like it was really what he was looking for, for the beginning of the movie.

Assemble: So what changed?

McQuarrie: We wanted to add more elements, we wanted to add Ilsa into that sequence. And that — it felt a whole lot better if we knew who Ilsa was before that sequence. And that Ilsa and Ethan had some shared past; and that Ethan met this woman, this woman saves his life. So then the next time he sees her, he sees her in a completely different circumstance that has him doubting who she is — and [that] puts them in conflict with one another. And so, that was kinda how that scene evolved.

I’m very, very proud of it. It was a nightmare to edit. I really went into a dark place in the middle of it. I didn’t think I could get it to work. And Eddie Hamilton, my editor, was so great — he really pulled me through, and we just refused to give up. 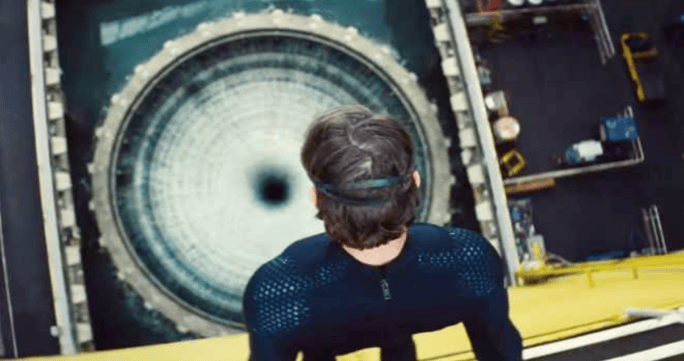 McQuarrie and his team achieve Hitchcockian-levels of tension with this perfect sequence, which invokes the iconic “Stealing the NOC List” scene from Brian De Palma’s first Mission: Impossible.

Here, Hunt must dive over 100 feet into the core of a super computer, which is kept cooled by tons of water, in order to swap a key piece of data so Agent Benji Dunn (Simon Pegg) can infiltrate an even more secure room topside. With no oxygen tank, Hunt struggles to hold his breath — if his own lack of air doesn’t kill him, a mechanized swing arm in the tank will.

Assemble: The underwater sequence perfectly encapsulates the film’s themes of luck and chance, all the action seems weaved through these themes — and tethered to Hunt’s drive as a hero. Was that a conscious effort on your part?

McQuarrie: Well, the first rule was: The plan is always simple. There’s always a very straightforward objective and a means of overcoming it. And then, everything goes wrong. What I didn’t know was, what the stakes of the scene were. We originally designed that sequence to happen all in one take, a “one-er,” involving Ethan. And Ethan was going in to get the thing they were initially after. And that created several problems.

Assemble: Like what? Other than it takes the focus off the team dynamic?

McQuarrie: Right. The first of which was it’s no longer a team sequence. The second problem was that it was only Ethan’s life at risk and no one else’s. And the third problem was — if Ethan has the object that they’re after, if he had the disk, and Ilsa went in to save Ethan, her motives are very different than if Ethan doesn’t have the disk. Because you could argue that she’s not saving Ethan, she’s saving the disk. And it was very important to me that it not be ambiguous. Because then her turn, after that sequence, it becomes that much more unexpected. The moment when you believe she’s risking her life for Ethan, and then she just as quickly turns on him. So, that necessitated breaking up the sequence.

Assemble: Can you talk about how you subvert expectations here with Benji and Ilsa’s roles? Because Benji’s running point topside, and Ilsa, well a lesser movie would have her be the damsel in distress.

McQuarrie: Yes. Benji’s going to do the job that Ethan would normally do. And Ethan is doing the techy job that Benji would normally do. And Ilsa is doing the job that a woman is normally relegated to, which is sitting up on a trestle and pushing some buttons on a screen. And then everything is turned on its head. Ethan drowns. And Ilsa comes in and saves Ethan’s life. It’s a big deal for Tom to be as giving as he was, to have the woman save him not once, but twice, in the movie. Here is the protagonist, and he’s allowing himself to constantly be placed in positions of vulnerability.

Assemble: Which is great storytelling. Now, you said this was originally going to be all in one-take. Why did you change it?

McQuarrie: What Tom and I were always struggling with was our disappointment at the thing we perceived to be the failure of the sequence, which was: People were going to be more invested, and feel more suffocated, if they were underwater that entire time with Tom without ever cutting away. And I have the pre-viz which shows how that sequence would have worked. As the “one-er.” And I loved it and Tom loved it, but we kept saying: “Story is king. Character is king.” It’s better [for the story] to break it up.

And by the way — we didn’t finish the movie until five days before the [Vienna] premiere and the last thing we finished was [this sequence.] We were making changes at 11:30 on the very last night. And when we saw it with the crowd, we knew we did the right thing.

For McQuarrie and his creative partner and leading man, Tom Cruise, “the right thing” is ensuring that the audience has an emotional investment in their popcorn entertainment. Judging by the success of both Rogue Nation and its 2018 sequel, Mission: Impossible – Fallout, the filmmakers have more than succeeded in their efforts to make summer blockbusters more than just spectacular eye candy. And to do so, the key is investing the action-packed proceedings with the type of emotional storytelling that sticks with you long after the end credits roll.