Just like moving away from home for the first time, starting out in filmmaking can be a very onerous endeavour. This was the case for Cooper Raiff, whose first short film quickly beget a follow up narrative feature which recently received the Grand Jury Prize at SXSW 2020 – albeit digitally as the festival was one of the first casualties of Covid-19 shutdowns.

We chatted with Raiff – who wrote, directed and stars in the award-winning film Sh*thouse – about the process of shooting his first film ever, as well as how a far-from-home college kid can turn a chance tweet to Jay Duplass into the film-making experience of a lifetime. 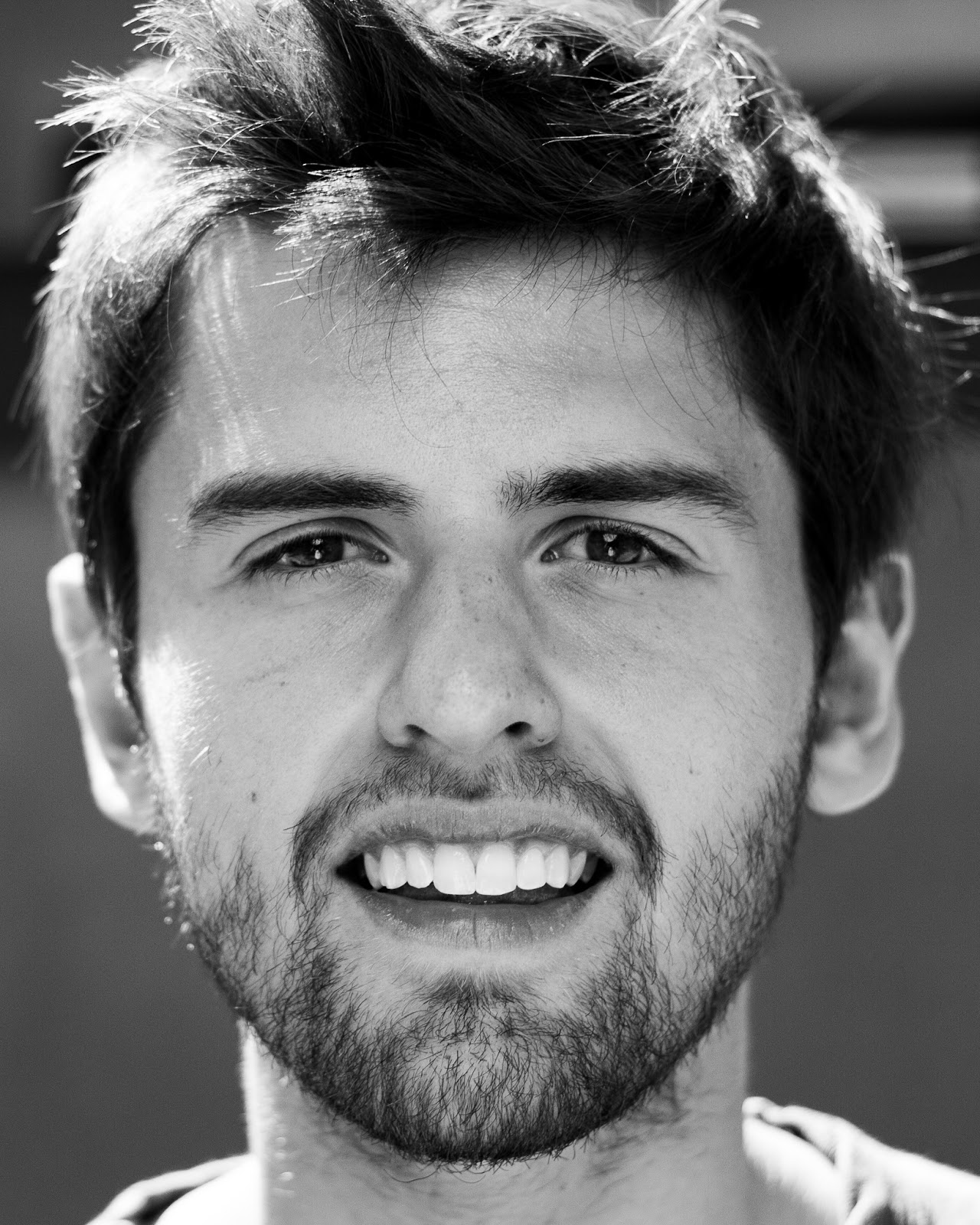 Assemble: Tell us. How does a first-time filmmaker in college make a SXSW-winning feature? Where did this journey begin?

Cooper: It started with writing some scripts as a sophomore in college. And while I wanted to get something made, I quickly realized that I didn’t have a single friend in the business so no one was ever going to read my stuff – so I decided I should just maybe try shooting something myself. Spring break was coming up and I didn’t have any plans and two of my best friends didn’t either so I enlisted their help to make something. I wrote something up to shoot on campus that I thought was going to be a short film, but it ended up being quite long.

We also borrowed, without permission, a camera and some equipment from the school I was attending to shoot it. But truth be told we didn’t have any lights or anything like that. I had actually written a whole scene of us walking up this mountain at night and when we went to shoot we realized the challenges of shooting with it being pitch black out there.

So for things like that we just had to improvise with having our characters only lit by the smartphones that we were holding as we’re walking up the mountain. And it actually turned out quite beautiful once we added in our voice-over talking. And there were some things about the movie that were charming and our inexperience didn’t really take away from the story itself. 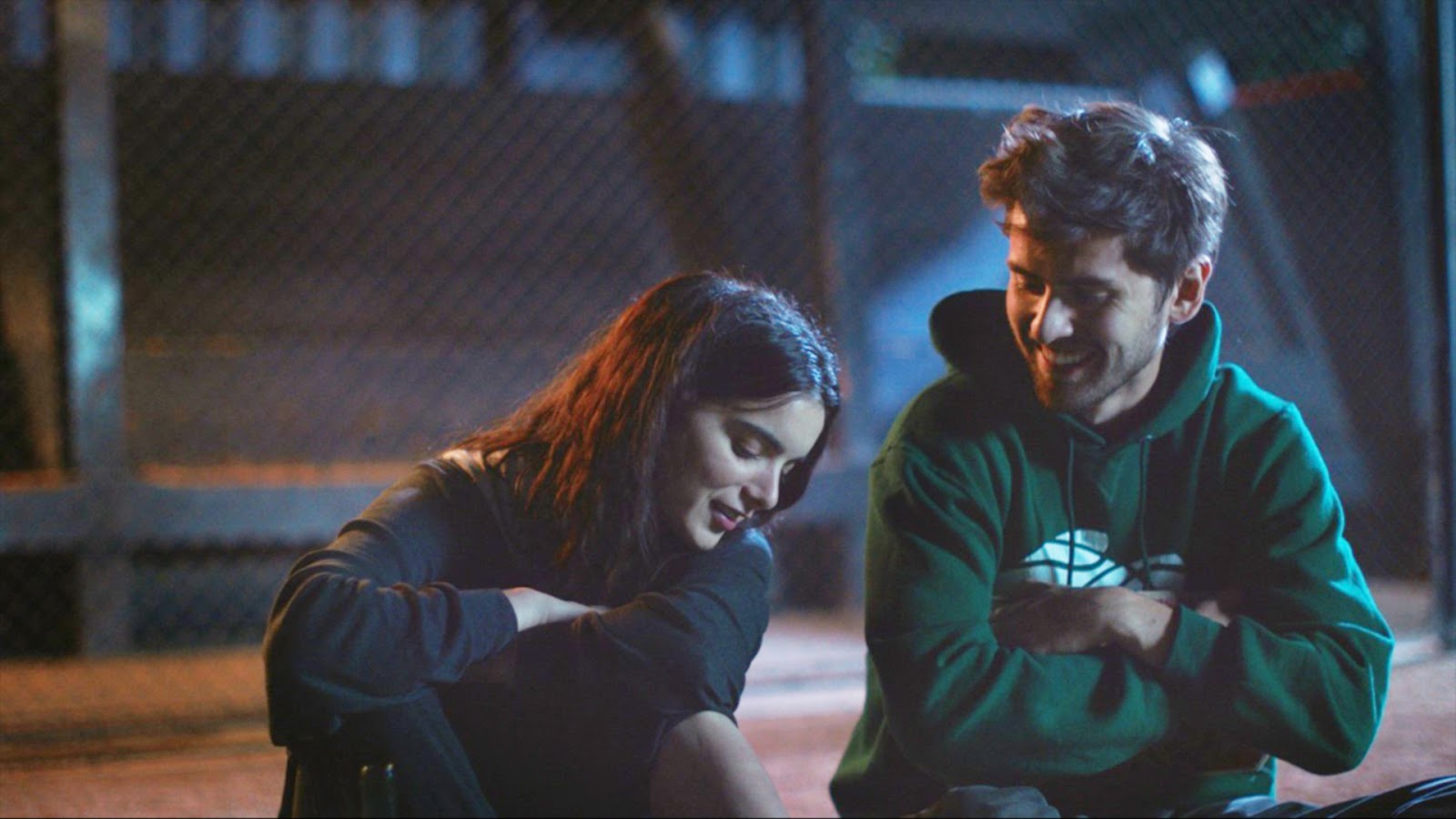 Assemble: So, at what point did you reach out to Jay Duplass? And how did that connection come together for you to turn the short into the feature?

Cooper: Yeah, so I was obsessed with the show Togetherness and I loved watching his talkbacks where he’d talk in-depth about the episodes. And I was obsessed with him, but also knew that he was super approachable and could maybe reach out to him on Twitter just because he seems like a cool guy and hasn’t super blown up yet. So, yeah I just tagged him in a tweet with a link to the film saying “bet you won’t click on this.” And then he emailed me like 12 hours later and said that he and his wife had watched it and that we should get lunch.

Assemble: That’s awesome. So he took you under his wing a bit and helped you getSh*thouse made. What were some of the ways his mentorship helped you? And how much were you able to learn from his experience?

Cooper: He definitely was my support system throughout the entire process. I think he genuinely cared about me and we asked each other about our family lives and things like that. But then at the same time he was also there to answer all my questions about how to get Sh*thouse eventually off the ground.

I think the biggest thing he was able to help me with was just validating that making movies is like fighting a monster. It’s so hard and can absolutely be just a nightmare at every step. But he was very upfront about powering through, and even understanding that going in that after some 14 hour days people are going to be tired and tempers will flare. But he told me that that’s how things would normally happen – and to just be ready for them and to be ready to press on. 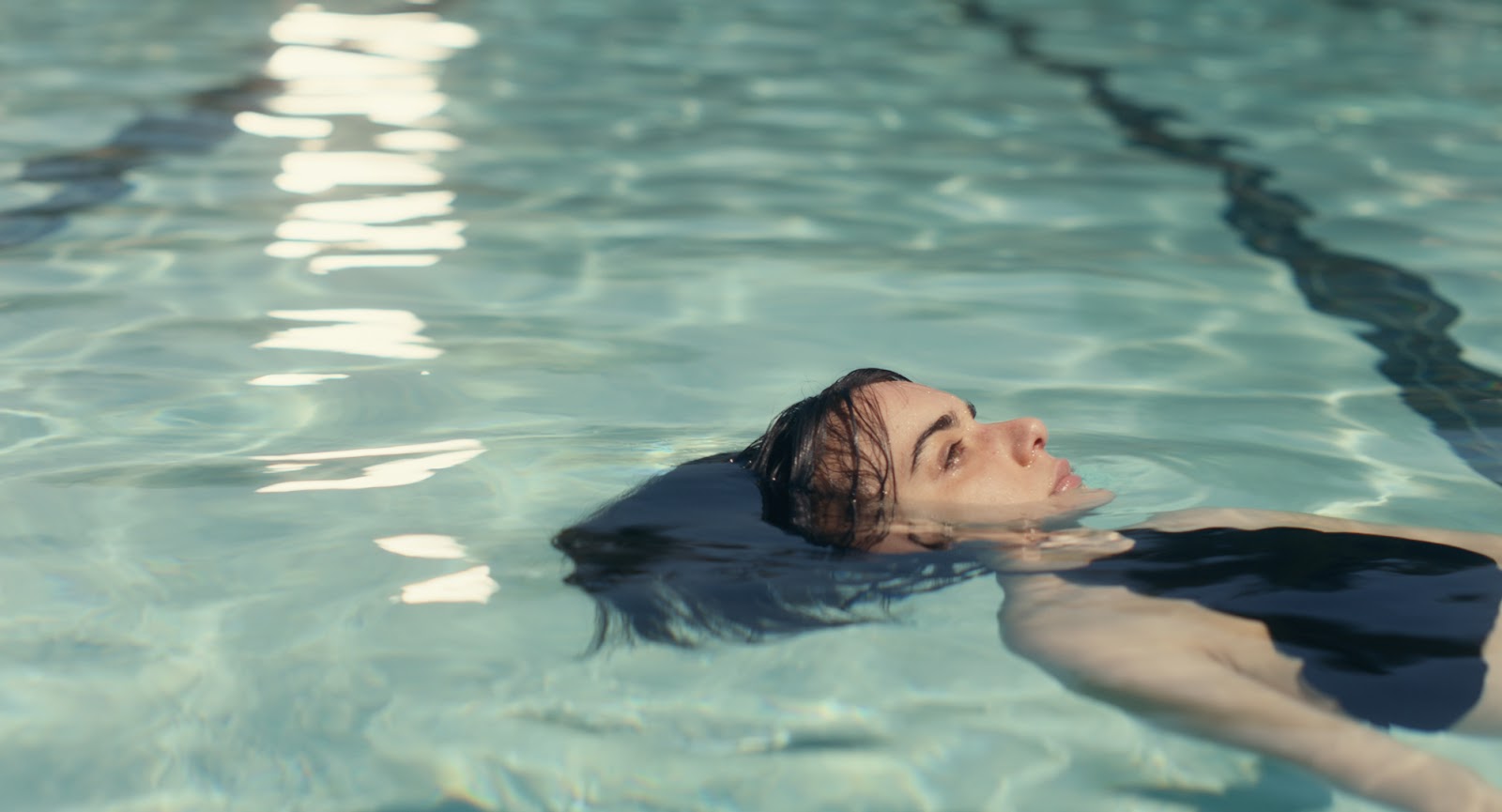 Assemble: Let’s talk about shootingSh*thouse now. You had only really shot the short version at this point with a cast and crew of three people counting yourself. What was it like stepping into a much bigger production with an actual crew and DP?

Cooper: It was entirely different and I didn’t realize it would be that much different. Jay asked a friend for a list of DPs and I was able to connect with Rachel Klein and we just hit it off on the phone. It was her first feature too, but she had some good experience and was able to put out the feelers for the rest of the crew. For the casting I literally used Jay’s name as much as possible and to our advantage every step of the way.

But once we got everyone it was jarring, using lights for the first time. I didn’t realize how long it was going to take to set up each shot and we really had to adjust our schedule and cut scenes because I was still learning how long everything would take.

Assemble: ForSh*thouse you’re not only the writer and director, but also one of the leading characters. How was your experience balancing all three roles at once, and if you could go back in time what advice would you give yourself before handling them all together?

Cooper: There’s definitely a couple of things, but first I’d tell myself just don’t do it. I mean, don’t do it unless you have a support system. I actually asked around 20 directors to direct Sh*thouse originally and none of them wanted to do it. It also kind of gave me the realization that if it was going to get off the ground I’d have to take on that role myself – which would help just because I did feel so close to the story.

But the other part of it is that I think handling all the roles at once gives you a very amazing perspective. It kind of collapses everything and you really leave nothing to be lost in translation. It’s using many of the same muscles. And, if you do have to do it, if you have a self-reflexive attitude and have an awareness about what you’re doing, it can work.

I really looked up to Miranda July and the way she’s been able to work with the films she’s directed and acted in. The intimacy is what is real and important, and that’s what I wanted for Sh*thouse. 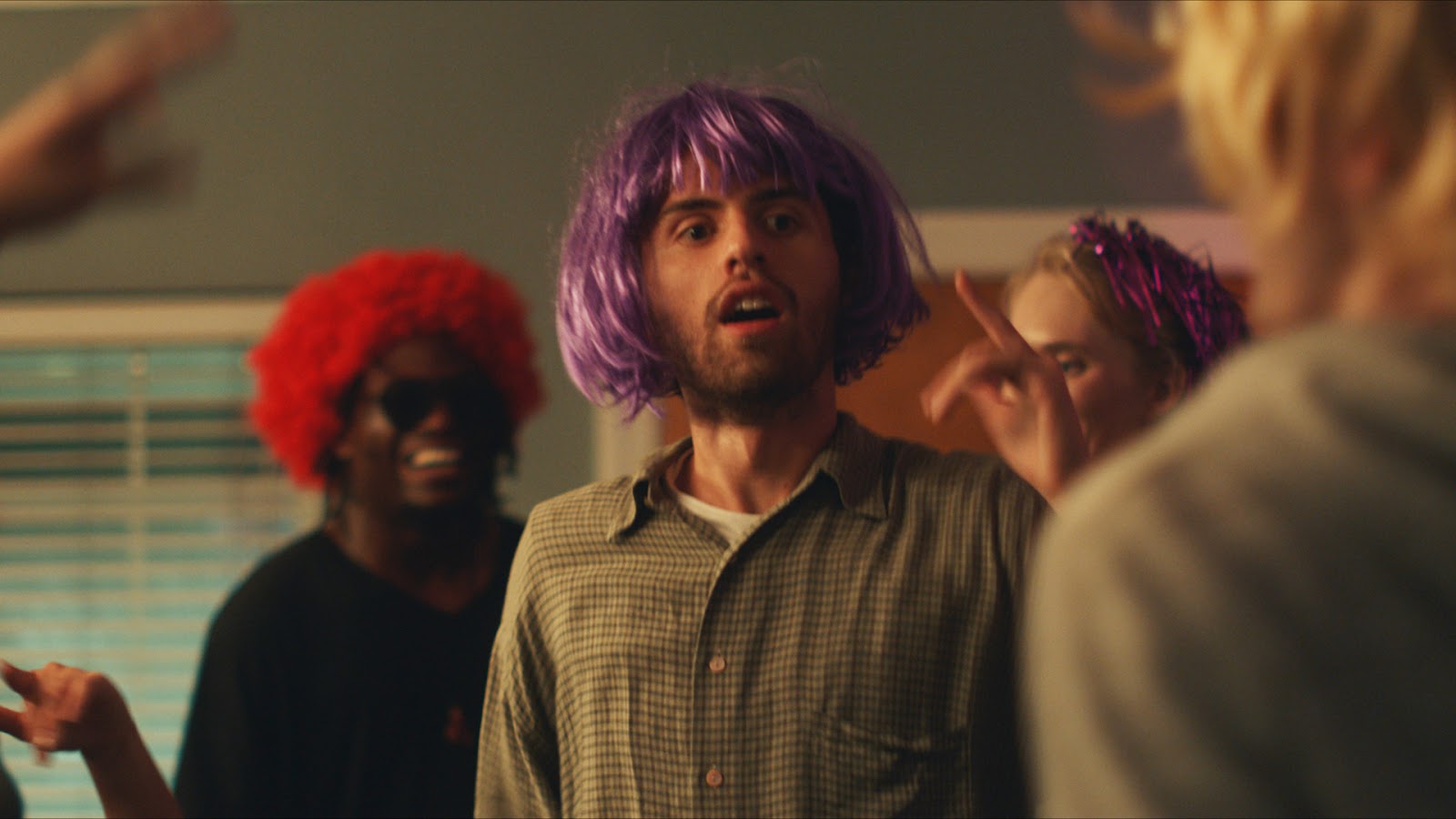 Assemble: Absolutely. So, your film was set to premiere at SXSW – at a festival that was ultimately cancelled last minute due to the Covid-19. While it went on to win the grand prize in a digital ceremony, obviously it’s been quite different circumstances than a normal year. How has the whole process been for you? And what are your hopes for the film – and the rest of the indie film industry here moving forward?

Cooper: Yeah, so to be honest I was at first just really upset about it. When you have a movie that you put so much into, you really want to see it do well. And I personally have really hoped that people will receive it in a certain way, so it’s certainly startling to have everything happen so differently.

But, despite SXSW being cancelled and moved to digital, it’s also allowed the film to grow a bit too. And I’ve realized that it’s just totally out of my control at this point. However, I also think that this might be a nice movie for this moment. People do have a bit more time to meet the movie at where it is, which is the way that it should be and really needs you to be.

I feel so excited at this point that anyone outside my family and friends is going to watch it. It’s so amazing. And my hopes are just that people don’t go into it being like “alright, let’s see about the SXSW-winning film” or anything. That’s not this movie at all. It’s just this movie that feels special and means something to me. And I hope people watch it that way.