The talent you book can make or break your project. Accordingly, asking the right audition questions to an actor is vital for ensuring that they are the best performer for the job. We’ve assembled a list of questions to make the most of the audition experience to guarantee you hire the best talent.

Questions to Ask Before You Begin Auditions

If you choose to do the casting yourself, here are some helpful tips and questions that will ensure that you find the best talent for your project.

Finding Actors for Your Auditions

Where do I find and connect with actors? Productions from feature films to commercials advertise via “breakdowns.” Your breakdown should be clearly written and explain exactly what you are looking for. Get started by posting your breakdown on a professional site like backstage.com where you can connect with skilled talent. Unvetted sites such as Craigslist or Facebook can give your project an amateur feel and won’t necessarily help connect you with skilled actors. Try to avoid hiring friends, as this can often sour a relationship or simply lessen the project quality if they are not the right fit.

One thing to take into consideration, the bigger your production, the more skilled your talent must be. Request a smiling candid photograph and a full body photograph so you can get a sense of the actor’s look. Ask for a resume so you can see if this individual has worked on anything similar in the past. Asking for a one minute video introducing themselves, even if done on a smartphone, can give you a sense if they have the right look and can convey the proper expressions on camera. 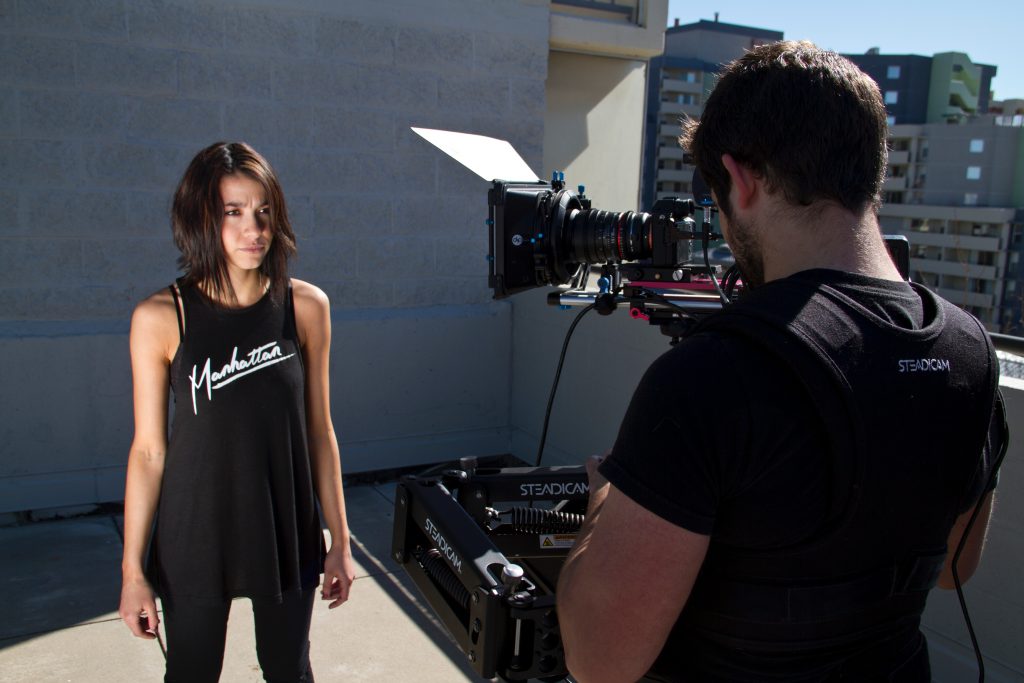 How much should I pay an actor? Typically the higher the production’s value and reach, the higher you should compensate the actor. For example, a broadcast commercial used in perpetuity worldwide would warrant a very high pay scale. A regional broadcast would be significantly less. Negotiate based on skillset and background – if a performer has worked on large projects with recognizable brands, that’s worth a higher rate than someone less experienced.

How should I arrange payment? Pay actors as soon as possible after the performance. An I-9 form is strongly recommended for tax purposes but if this is not possible, a PayPal payment or check paid within two weeks is acceptable. If your budget allows it, set up payments for actors via Entertainment Partners, especially for when tax season rolls around.

How do I schedule auditions? Schedule auditions either online or in a professional in-person setting. Zoom and Google Hangouts are an adequate way to get a sense of what an actor is like on camera, but in-person auditions definitely give you a fuller picture. Have some lines from your script ready and ask the actor to read them for you. If you prefer to do this in person, you can meet them in your studio or at a rented conference room. Many cities have audition rooms that can be rented by the hour – in New York there is Ripley-Grier Studios and in L.A. Space Station Casting is available.

Questions to Ask Yourself at the Audition

Now that you know how to find talent, here are questions to ask them during the audition.

Some things to observe in your notes, without signaling to the actor, are:

If their resume states they have on-camera experience, you may have an easier time filming than you would with a strictly theater-based performer. Actors who have trained and worked primarily in theater tend to have a musical and sing-song delivery to their intonation. Unless they have been trained specifically for on-camera work or have had bookings on commercials or other forms of non-theater media, you will need a great audition of your dialogue that demonstrates their ability to overcome the theatrical tone.

Who is your favorite actor and why? You may wonder why this audition question is at number one. But it’s an icebreaker. When actors are comfortable and conversational, you will get the best delivery from them. It also shows that you are approachable and interested in what they do professionally and how they got there. Many casting directors’ favorite audition question for actors simply is: “What have you been up to lately?” It’s an open-ended question that relaxes the performer.

What have you been working on? Not only is this another great conversation starter, but this is a way to see how current they are in keeping up with their craft. A consummate professional will be working on projects and taking acting courses regularly. The right person for the job will ideally have booked some similar productions within the past six months, for instance. Additionally, this is a standard audition question for actors auditions so they won’t feel like they are experiencing a curveball.

Who have been some of the best producers and directors you have worked with? What about them helped you perform to the best of your capability? This is another great ice breakers. If the actor names a director or two who they had a good experience with, it shows they have positive working relationships. This is an added bonus if you know the director or producer and can verify. Understanding what an actor needs to improve their performance gives you an idea of the level of guidance you will need to provide.

Who do you perceive the actor in the script to be? This is a loaded question and shows if the actor has prepared. Even if the talent is not going for an Oscar in a multimedia video, a character always has a motivation. A lifestyle brand ad spokesperson – what would their motivation be? What kind of man or woman are they? What is their day like? If the actor has the imagination for a decent backstory and a solid motivation behind the person they are portraying, it will show.

Can you read from the script this way? Before the audition, have an idea of how you would like the actor to perform. You are going to want to ask for the script to be presented in a certain way to observe if the performer can meet your request. Giving them cues in advance will only help relax them and make sure you get the most out of the audition process. Remember: What may seem obvious to you may not be as obvious to the actor. Providing them subtext, backstory, or motivation is a great way to see if they can take direction.

Example: Let’s say you are casting a commercial for a sleep aid medication. You tell the actor – you have not slept in over two weeks, you have a deadline coming up at your job, you need to hire a babysitter to watch the kids while you run errands, you are so tired you can’t think straight. Can you read the script to me as if you are that person? You could even change the backstory for them by changing the setting and who they are addressing. By saying they are in a doctor’s office, a trusted physician they have seen for years, and asking them to cite the script with the prompts given, you can note the believability of the performance.

Can I ask you to read this in a different way? While not necessary, especially if you felt the actor nailed the first read through, you can get a sense of how they take direction and adapt to changes on the fly. It’s not meant to scare the actor and be mindful that some actors may need a moment to prepare.

Following the aforementioned example, you could change the backstory – they are in the kitchen at home talking to a nosy neighbor who has just stopped over for coffee. Tell the actor this isn’t someone they would necessarily tell their life story to or share general complaints about day-to-day life. Note how this varies from the way in which they speak to a trusted professional.

Can you try this while performing another task? Ask them to read the lines while performing another task such as rushing out the door for work or cooking breakfast. This is a failproof way to see the performer’s ability to adjust to requests and take direction on the fly. Furthermore, this audition question for actors will give you a direct sense of how their physicality will translate on camera.

Do you have any questions for me? Many auditions feel competitive and nerve-wracking to actors. Help alleviate their anxiety and offer to keep them informed. If they have questions about the booking process, do your best to let them know.

A good solid audition should run about 20 minutes. If you ask the right questions, you can be sure you’re sending someone to set who is going to make your vision a reality. The audition is your one shot to make sure you’ve found the best person to bring your script to life. Because casting is the top building block in the foundation of your production, running an organized, efficient audition process is the ultimate way to start your project off on the right foot.